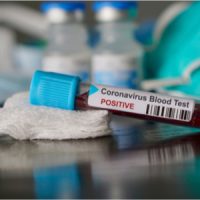 In the beginning of the coronavirus outbreak, some Fox News viewers say they were blindsided when the pandemic turned out not to be a “Democratic hoax” and the entire country went into lockdown amid fears that the hospitals would not be able to cope with the influx of patients.

Trish Regan Gets the Axe

Adding intrigue to this situation is the fact that Fox business analyst Trish Regan was fired after she called the coronavirus “yet another attempt to impeach…demonize, and destroy the president.” Why she was fired and not the myriad of others on the station who were making the same claims remains a bit of a mystery, but most people believe that she was the sacrificial lamb. According to some, the gesture was meant to silence critics concerning the news network’s coronavirus coverage. However, it failed to achieve this goal and now Fox News is preparing to defend itself in court.

Who is Suing Fox News?

This first complaint filed against Fox News was filed by a consumer watchdog in the State of Washington called the Washington League for Increased Transparency and Ethics (WashLITE) which names Rupert Murdoch and Fox News among others as defendants.

The complaint alleges that the defendants acted in bad faith and “willfully and maliciously” to disseminate false information that denied and minimized the danger of COVID-19 to their viewers. WashLITE board member Arthur West said the suit was justified because Fox News coached Americans to ignore social distancing protocols that were already being advocated by the CDC.

Fox News has vowed not to settle the lawsuit and is instead digging in its heels and playing the long game. A spokesperson for Fox News says they will fight the case in court even if it costs more money to prevent “ambulance chasing lawyers” from earning a nickel on the case. They also vowed to seek sanctions against any attorneys who dare file the lawsuit against them, but most of this is empty bluster.

Fox News is concerned over the lawsuits, particularly if any of their viewers died of the coronavirus after heading the incorrect and dangerous advice espoused by the network. This could potentially become a class-action lawsuit that allows potentially thousands of plaintiffs to file claims against the network for injuries suffered.

On the other hand, those injuries would need to be significant to warrant the effort of filing a lawsuit. Since damages are related to specific injuries suffered, some may not be able to make much of a claim unless they either died of the virus or suffered permanent lung damage. They would also need to show that they believed the words that were coming off the television and responded to them.

If you suffered an injury due to misleading or false information, you might be able to recover damages related to your medical expenses, lost wages, and pain and suffering. Call the Miami personal injury attorneys at the office of Alan Goldfarb, P.A. today to schedule a free consultation.