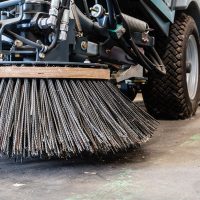 In personal injury trials, wins and losses don’t always come down to jury verdicts. A good civil defense attorney can justify a $4.25 million verdict to his client when the plaintiffs are demanding $25 million plus punitive damages. In this case, the defense was able to lay some of the blame at the feet of the vehicle’s operator. This reduced the overall jury award to much less than the plaintiffs were seeking. Instead, the jury returned a verdict of $4.25 million laying 49% of the blame on the decedent. That reduces the overall award nearly half, or about $2.125 million.

The defendant claimed that the worker exposed himself to danger by opening a locked compartment and wedging himself inside where he was ultimately crushed to death. In cases like this, both arguments have merit. The company placed controls in areas where they could be triggered accidentally and the worker should have valued his own life over continuing to perform his job. However, just because an individual contributes fault to their own injuries or death, it does not mean that they are solely to blame. In other words, the contribution of guilt from one party does not negate the contribution of guilt from another party. Each party is apportioned some of the guilt.

In Florida, a plaintiff can be found 99% liable for their own injury and still recover damages. In other states, the contribution of more than 50% of the blame would be enough to quash their claim in court. In this case, which was filed in Georgia, the plaintiff came very close to having his claim quashed. Nonetheless, the company that designed the street sweeper will have to pay 51% of the 4.25M judgment.

Workers injured on the job can file third-party claims against companies that produce and manufacture defective equipment. Call the Miami personal injury lawyers at the office of Alan Goldfarb, P.A. today to schedule a free consultation and learn more about how we can help.