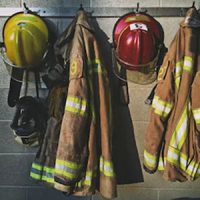 Generally speaking, when you see mass torts filed against apartment complexes, it’s generally poor people who are suffering injuries. Here in Miami, however, we can remember that even rich people can be the victims of building collapses. In Dallas, three firefighters were injured when a resident fired a bullet during a domestic violence incident causing a gas leak. The shooter shot multiple rounds from outside of the building into the building. This is what police believe caused the gas leak.

While the bullet may have caused the gas leak, authorities say that the explosion was caused by substandard equipment that did not meet minimum regulatory requirements. After releasing their report, the firefighters injured in the explosion filed a lawsuit against the apartment complex, the gas company, and more.

You can’t sue an apartment complex because someone fires a bullet from the outside and causes damage, but in this case, the situation was made infinitely worse through the negligence of the complex owners. The gas system was out of code which failed to report the leak to the complex owners and subsequently caused the explosion. Essentially, all of the leak mitigation procedures that should have been in place failed. Because those mitigation procedures failed, three firefighters tasked with managing the situation were severely and permanently injured.

A second element of negligence here is the gunfire. While it would have been much more difficult to convince a Texas jury that the apartment complex owners are responsible for a man firing a gun onto the premises, Texas authorities don’t require juries so they made the allegation themselves. According to the Texas Railroad Commission which investigated the blaze and cited the apartment complex for its faulty gas system, the failure of its safety plans, and a failure to address circumstances, such as violence and gunfire, that could contribute to the leak. In other words, there were measures that could have been taken to reduce the risk of gunfire causing a gas leak that were not taken.

There used to be a rule that prohibited firefighters, police officers, and first-responders from filing tort claims against the public relating to their duties. However, that rule has been eroded by years of complaints. In most states, the law has simply been stricken from the books. In other states, it has been reduced to few situations. In Texas, if the dangerous condition occurs after the first-responders get there, they can sue. Since the explosion occurred while on-premises, their lawsuit has a green light.

Injured due to the negligence of another party? We will help you file your complaint and recover damages related to your injuries. Call the Miami personal injury lawyers at the office of Alan Goldfarb, P.A. today.