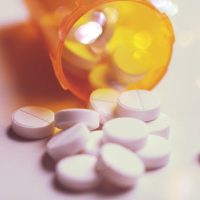 Most homeowners’ insurance policies contain criminal conduct exclusions that prevent your policy from triggering if you commit some criminal conduct that results in the injury or death of one of your guests. This provision is now the subject of a personal injury lawsuit in which the defendant’s son was dealing drugs out of the defendant’s house. The son caused the death of a guest which resulted in a personal injury lawsuit against the parents under their homeowner’s insurance policy. The insurer claimed that the incident wasn’t covered due to a criminal conduct exclusion. However, a Pennsylvania court ruled that they will have to defend the homeowners under their policy since an allegation of negligence was involved.

The parents of a boy went away for the weekend and he invited his friend over. The friend said he was trying to help the boy get employment and stay clean. However, the friend never woke up after using fentanyl and benzodiazepines, two drugs that act as a respiratory depressant and can stop breathing by themselves and especially when taken together. The friend’s mother filed a wrongful death lawsuit against the parents and the boy claiming they were negligent for allowing drug abuse in their home. Their insurer raised the defense that a policy exclusion applies in this case and the insurer did not have to defend the parents from the lawsuit. The parents filed a motion compelling the insurance company to defend. The court agreed with the parents and now the insurance company must defend them from the lawsuit as well as paying out any compensation covered under the policy.

Another element is the language of the policy only included “bodily injury” resulting from drug use. However, the court noted that claims related to emotional distress are still permitted under the policy so long as negligence remains a key allegation.

While the issue was resolved favorably for the plaintiff, they did have to wait until a trial court and appellate court ruled on the policy terms and language. With the matter resolved in favor of the homeowners, the grieving mother will be able to file part of her claim on the policy.

The Miami personal injury attorneys at the office of Alan Goldfarb, P.A. file lawsuits on behalf of injured plaintiffs, grieving families, and other injured parties. Call today to schedule a free consultation and learn more about how we can help.