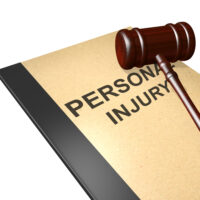 This is an interesting lawsuit because it gives you a historical perspective on certain laws. Last year in April, a Florida resident filed a lawsuit against Bacardi alleging that they produced and sold a liquor with an illegal additive—the grains of paradise—which is a peppery spice found in West Africa. But a 150-year-old Florida law makes it illegal to sell any liquor with that additive.

Well, 150 years ago it was believed that when the grains of paradise were mixed with alcohol, it drove people to suicide. Of course, we don’t believe that anymore as there is no legitimate evidence supporting such a conclusion. In fact, the federal government and the FDA both say that the grains of paradise are perfectly safe for human consumption with or without alcohol. Nonetheless, one plaintiff is suing Bacardi for selling liquor with the spice.

Why is Anyone Bothering?

This is the question that everyone is asking themselves. Why is someone bothering to file a lawsuit against Bacardi on the basis of a 150-year-old law when the plaintiff did not make the claim that they suffered injury as a result of the tincture.

Indeed, the lack of injuries in the lawsuit would be a major obstacle to a successful resolution, but there are other obstacles as well that are proving just as troublesome. For instance, because the FDA and the FDCA (Food, Drug, and Cosmetic Act) state that the spice is safe for human consumption, the Florida law appears to be obsolete. That was precisely the argument that the defendants made. The court concurred with the defendants and ruled that the federal law preempts the Florida state law. The court also dismissed the case because the plaintiff failed to show any “actual damages” (ie: injuries) from ingesting the Bacardi with the spice.

The plaintiff, however, appealed the decision stating that just because the grains of paradise are safe doesn’t mean that a state government cannot make it illegal to pair with alcohol. The plaintiff further argued that the FDCA, which prohibits unsafe additives, does not bar a state from prohibiting an additive.

In other words, no one is really sure why this case is moving forward and what damages the plaintiff expects to receive if the case is allowed in front of a jury.

What Negligence Did Bacardi Commit?

In order to win a personal injury lawsuit, you must prove three elements.

The first element is that the defendant owed the plaintiff a duty of care. In this case, since Bacardi makes a product that enters the stream of commerce, they are required to ensure the safety of this product. So that’s a check for the plaintiff.

Secondly, they must show that Bacardi failed in their duty of care. This is less clear since there are conflicting laws on the additive.

The third element, however, is where this case fails. The failure must result in injuries to the plaintiff. It’s unclear if the plaintiff had any injuries at all.

If a liquor manufacturer violated an archaic law, please don’t call us. Otherwise, give the Miami personal injury attorneys at the office of Alan Goldfarb, P.A. a call and schedule a free consultation.