Miami Nurse Accuses Doctor of Deliberately Infecting Her with COVID 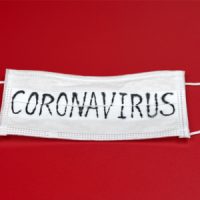 According to the nurse, the doctor refused to allow any staff to test for COVID without his approval. The doctor, who was showing symptoms of a cough, was confronted by the nurse. The nurse says that the doctor then coughed on her and said, “If I got it, now you got it.” Both the nurse and her son came down with the illness days later. The nurse suffered blood clots and pulmonary embolisms as a result of COVID due to an underlying asthma condition.

The nurse said that she asked the doctor in early March if the staff would be allowed to wear masks. She said she was refused. When she asked about using test kits to check employees for COVID, she said she was also refused. The lawsuit states that the doctor did not want to shut the office down for two weeks if a positive test result came back. For that reason, he avoided testing entirely.

The defendant has categorically denied all allegations, but if even one other employee comes forward to corroborate the plaintiff’s claims (and they will if they are true) then the doctor is likely going to be hit with one of the most substantial personal injury lawsuits in recent memory. Let’s unpack why.

Isn’t This Assault or Battery?

Yes. The doctor, if the allegations are true, is guilty of assault and battery. If COVID is considered a “deadly weapon” by law, then the charges would escalate. However, no charges have been filed in this case, and the plaintiffs may not want to see charges in this case, at least not yet. A criminal case would hold up their civil case as the criminal case takes precedence.

Civil allegations would include:

Because the alleged battery resulting in injury was intentional, the defendant can sue for punitive damages. Because the doctor showed a wanton disregard for the rights and safety of others, he can be sued for punitive damages. Because the woman’s injuries resulted in a serious risk of death, medical problems, and more, it should be prosecuted as a crime. In this case, however, the jury will likely pin a settlement award to the defendant that will force him into bankruptcy.

If you’ve been injured by an act of malice or negligence, you can sue to recover damages. Call the Miami personal injury attorneys at the office of Alan Goldfarb, P.A. today to learn more about how we can help.

By Alan Goldfarb, P.A. | Posted on November 19, 2020
« Firefighter Sues Homeowner Over Injuries Sustained During Blaze
Some Amazon Products Burnt Down Homes; Why are They Still Available? »