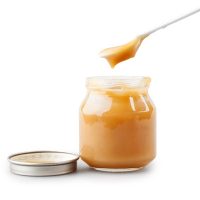 A study conducted in 2017 appears to show that children who are autistic have higher levels of lead in their teeth than those who are not. This can prove a correlation between heavy metal poisoning and autism. However, the study stops short of discussing the causes of autism and instead hypothesizes that early exposure to lead and other heavy metals may be a risk factor for autism.

Why is this a problem? Well, for years, conspiracy theorists have baselessly theorized that vaccines cause autism based on the presence of a mercury-based compound called thimerosal, which acts as a preservative for large vaccine doses. Since thimerosal is mercury-based, it would likely cause similar problems. Now, we have a study confirming that lead in baby teeth is a predictor of autism, and lawsuits against baby food companies are heating up.

The question then becomes: Will vaccine manufacturers change their strategy for manufacturing vaccines with thimerosal? The answer is no. Below, we’ll discuss why.

Thimerosal is a mercury-based chemical

Lastly, the reason why thimerosal will never be the subject of a personal injury lawsuit is that it was removed from childhood vaccines and the rate of autism has continued to increase. This indicates that thimerosal is not a major risk factor for autism and controlling thimerosal intake will not prevent the future development of autism.

Nonetheless, the autism and vaccine argument is likely to be buttressed by new information that heavy-metal toxicity is a risk factor for autism. Right now, it’s not necessarily clear that exposure to heavy metals increases the risk of autism or if autistic people have a difficult time processing certain types of metals in their system.

The baby-food manufacturers do not have decades of strong science to back up their claims, but neither do the plaintiffs. Unfortunately, however, independent testing revealed lead, arsenic, mercury, and cadmium levels that were well above those permitted by federal regulations. In many cases, the levels of heavy metal in the foods were ten times greater than safe levels.

While we can’t be certain that heavy metal poisoning causes autism-proper, we do know that it causes neurodegenerative disabilities which can lead to behavioral problems that are similar to autism. For that reason, the plaintiffs will need to establish that they have a child with a neurodegenerative disorder that can be reasonably linked to heavy metal toxicity. Difficult to prove beyond a reasonable doubt, but not too difficult to prove beyond a preponderance of the evidence. The baby food companies are in the wrong, endangering children, and need to be held accountable.

If you have a product liability claim you’d like to file over an injury, call the Miami personal injury attorneys at the law office of Alan Goldfarb, P.A. We have the experience and resources to take your claim to trial if need be and can help you secure a hefty settlement for your injuries. Call today to learn more!