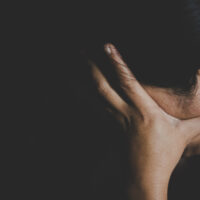 A freshman at Florida Memorial University has filed a lawsuit against the college for negligent security. The woman says that she was sleeping in her dorm room and around 3AM, two males entered her room, woke her up, threatened her with violence if she did not comply with their demands, and one of them raped her. At some point during the assault, she managed to escape and go into another girl’s room. The dormitory only housed young women. The two men then ran off while laughing through a fire exit without setting off the alarm.

The lawsuit claims that the men gained access to the dormitory through an unguarded fire exit door that was left open to the public. The lawsuit also claims that while there were security cameras outside the dorm, they were not operational and the young woman’s door to her room did not have automatic locking mechanisms. Further, there were no security guards placed around the dorm rooms to monitor suspicious activity.

In all premises liability lawsuits, the question of foreseeability plays a central role. An attorney for the student claims that there have been four sexual assaults on campus over the past four years and there is more evidence of a shooting. That being said, landlords and particularly colleges generally have security on campus to deal with potential threats to students. In this case, those safeguards existed but were not functional at the time of the attack. Had they been, the two men would have never been able to either enter the dorm and, if they had, they wouldn’t have gotten away with the attack, which they did.

For the university, this is a horrific look. Sloppy security led to a young woman’s life being changed forever. While they may be eager to settle, the plaintiffs have a very strong case, a sympathetic defendant, and enough evidence to prove their case beyond a preponderance of the evidence.

The university can claim that they had no advanced notice or knowledge that there was a serious security problem in the dormitories, but that argument will be very unconvincing. Afterall, if you have to security cameras that aren’t working, then you know they’re not working because there’s no video feed coming from them. The plaintiff’s attorney is padding the plaintiff’s case by proving that there had been sufficient problems in the area, especially concerning sexual assault, to warrant taking a more proactive approach toward student safety.

Landlord’s, proprietors, and business owners have a duty to ensure the safety of those who are invited onto their premises. Lawsuits such as these hold colleges and companies responsible when they neglect to secure the safety of individuals on their premises. The Miami personal injury attorneys at the office of Alan Goldfarb, P.A. has successfully handled a number of negligent security claims. If you’ve been assaulted on someone else’s property, give us a call to set up a free consultation.