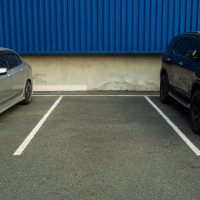 The family of a man who was beaten to death outside of a bar has filed a wrongful death lawsuit against the bar and named the attacker and several bystanders as defendants. According to the lawsuit, the bar operators knew there was bad blood between the defendant and the descendant and failed to intervene once the attack began. The defendant lay unconscious on the ground after the attacker drove off. The attacker then, after having a change of heart, returned and continued to beat the unconscious descendant. The victim was taken to the hospital where he was later pronounced dead of his injuries.

Every proprietor has a duty of care to ensure the safety of those whom they invite onto their premises for their financial benefit. The duty of care is highest to customers. In this case, the descendant was a customer. The most troubling aspect of the allegations is that everyone watched as the descendant was beaten to a pulp and did not intervene even after the attacker had driven off. This allowed the attacker to come back, continue to beat the man, and eventually kill him.

Even if the bar did not have active security on hand, they should have called the police as soon as the fight began. That would have been their duty of care under the law.

Nonetheless, the bar will say this was part of an ongoing personal beef between the two men and they were unprepared to intervene. If this is the only violent incident that has ever happened at the bar, then the plaintiffs are less likely to receive punitive damages than they would be otherwise.

If you have been injured due to the negligence of another party, the Miami personal injury attorneys at the office of Alan Goldfarb, P.A. can help you recover damages related to your injuries. Call today to set up a free consultation and we can begin discussing your next steps immediately.