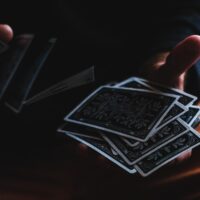 One of the more interesting personal injury lawsuits to make the docket this year alleges that David Copperfield is responsible for the injuries a British tourist sustained during one of his shows. Copperfield initially tried to have the court proceedings closed to the public in order to keep one of his signature illusions a secret. That motion, however, was denied.

On the surface, there’s nothing out of the ordinary about the lawsuit itself. The man claimed that he slipped and fell as a handpicked participant in one of Copperfield’s illusions. The illusion, which had become a staple of Copperfield’s routine, involved making audience members disappear and then reappear in the back of the auditorium.

The illusion apparently involves herding the audience members through what the defendant’s attorney described as an “obstacle course” to the back of the auditorium as quickly as possible. The man alleges that he tripped and fell during the stunt and this lead to permanent bodily and brain injuries. He is seeking damages in the amount of $400,000.

The Question of Negligence

At the heart of a personal injury lawsuit such as this one is the question of negligence. Copperfield had performed this illusion to close his shows for 20 years. The plaintiff alleges that Copperfield did a poor job of selecting audience members and assessing what kind of footwear they were wearing, and should thus be held liable for the plaintiff’s injuries. Meanwhile, Copperfield has never been sued due to injuries sustained from the performance of this illusion.

Nonetheless, the jury is out on the trick, and Copperfield no longer performs it now that the public is aware of how it works.

Here, the question of negligence presupposes that Copperfield should have known that the illusion was potentially dangerous. But having performed the trick for 20-some years tens of thousands of times without ever having been sued over it is going to make the plaintiff’s case more difficult to prove.

The Question of Damages

The plaintiff is alleging that he sustained serious physical injuries including lingering problems with his brain. Damages are the second thing that a plaintiff must show in a personal injury suit after negligence. There was also testimony that a stage manager inquired as to his wellbeing and the plaintiff responded that he was okay. He appeared to have some pain in his shoulder. However, when the plaintiff returned to Britain, he complained of chronic serious pain, headaches, and confusion. Test results showed that there was a lesion on his brain.

The plaintiff’s attorney will need to be able to connect the lesion on the plaintiff’s brain to the accident. Since civil proceedings are based on a preponderance of the evidence, as opposed to beyond a reasonable doubt, the jury need only find the plaintiff’s story to be more likely than the defendant’s.

Still, there is at least one hurdle to overcome. In the 20 years of performing this illusion, no one else has been injured. Why should Copperfield have reason to believe that the trick was dangerous?

Have You Been Injured in the Miami Area?

If so, the attorneys at Alan Goldfarb, P.A. of Miami can help you make your case. Give us a call at 305-371-3111, and we’ll begin discussing your case immediately.