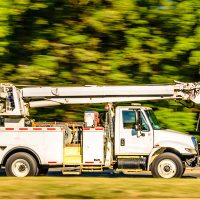 A Gainesville man won a nuclear jury verdict against the City of Gainesville and one of their employees after an accident left him paralyzed from the chest down. The accident occurred in 2015 when a City of Gainesville employee working for Gainesville Regional Utilities ran a stop sign and slammed into a pickup truck in which the plaintiff was a passenger. The bulk of the settlement was awarded for past and future medical expenses. The plaintiff has already incurred expenses of more than $103 million. However, sovereign immunity in Florida caps the patient’s damages at $200,000. So what happens now?

Understanding the elements at play

As you might imagine, the legislature has no real incentive to earmark millions of dollars for personal injury lawsuits. In most cases, the plaintiffs are simply stuck taking their $200,000 check and moving on with their lives. But what happens when the plaintiff has incurred more than $100 million in expenses related to an injury he contributed no fault in causing? Well, that’s the problem with sovereign immunity laws. The other problem is that the individual who caused the accident will not face any personal liability for the incident other than perhaps, losing his job.

In this case, however, the jury determined that the City had contributed 100% of the negligence vis a vis the vicariously liability of their driver.

The Miami personal injury attorneys at the office of Alan Goldfarb, P.A. represent the interests of injured plaintiffs in negligence lawsuits. Call our office today to schedule a free consultation and discuss your situation in greater detail.