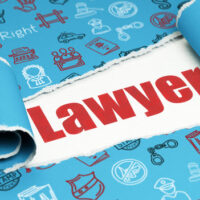 A man from Callahan, Florida is suing after his wife and two young children were tragically killed in a freak accident involving an alligator. According to the lawsuit, Amber Stanley’s vehicle struck a tree after swerving to avoid an alligator. All three members of the family were killed by burns related to the crash. Josh Stanley was out of town when he got the news.

Named defendants in the lawsuit are the South Carolina Department of Transportation, Kia Motors Corporation, Kia Motors America, and Hyundai America Technical Center, Inc. The plaintiff is alleging that a design defect in the car caused it to catch fire and this ultimately led to the deaths of his entire family.

According to the lawsuit, Amber Stanley was driving northbound on the I-95. Both she and her children were safely fastened with seatbelts and child safety seats. The alligator was crossing the I-95 and Amber’s car struck the alligator. As she lost control of the vehicle, the vehicle hit a tree and then started on fire. The ultimate cause of their deaths was not trauma related to the collision with the tree but rather burns.

The lawsuit alleges that the design of the vehicle was to blame for their deaths. The fuel tank was allegedly designed in such a manner that it was foreseeable that it could leak and ignite creating a major fire. Additionally, the floor pan is blamed for lacking sufficient strength to prevent damage to the fuel tank, which ignited in the collision.

As a product liability lawsuit, the plaintiffs do not need to prove negligence, but in this case, they are alleging negligence. They are accusing Kia and others of not only designing a defective product but knowing beforehand that the product defect could result in death. They are further accusing Kia of failing to warn customers about this design defect and claiming that their vehicles were safer than they actually were.

Their case is not without merit. Companies conduct crash tests on vehicles before they are released to the public. In this case, a sufficiently tested vehicle would have shown a similar problem and Kia elected not to redesign it. If that proves true, the plaintiff stands to get an award of punitive damages which could see a payout in the range of eight figures.

KIA maintains that the plaintiff has not provided sufficient evidence to merit a lawsuit against the company and denies that their vehicle was defectively designed.

The plaintiff seeks damages for three wrongful deaths and is acting as the personal representative of his wife’s estate. The plaintiff, in order to prove negligence, will need to show that the accident was caused by design defect and that Kia knew about the danger prior. However, the plaintiff can win this lawsuit just by showing that the car failed to live up to a stated warranty and presents a hazard to other drivers.

If you’ve been injured by a defectively designed product, the Miami personal injury attorneys at the office of Alan Goldfarb, P.A. can help you recover damages related to your losses. Talk to us today for a free consultation.