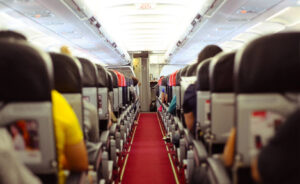 Several passengers suffered minor injuries, some requiring hospital treatment, when they were evacuated from a plane scheduled to leave Chicago for Miami one recent Friday afternoon. The incident arose when an engine in the plane’s wing caught fire after blowing a tire on the runway. The takeoff was aborted and everyone on the aircraft was evacuated, but witness reports indicate that the process was not handled smoothly and it is truly a miracle that no one was seriously injured.

Plane accidents seem extremely frightening because of the severity of the accidents; however, many people know (and accept) that airplane travel is, statistically speaking, the safest way to travel. When airplane accidents do occur, they are most often caused by one of the following factors:

From Start To Finish

Take-offs and landings are the phases of airplane travel during which accidents are most likely to occur because of various factors, such as the aircraft being close to the ground, moving at slower speeds, and maneuvering around more traffic than when in the skies. In fact, according to statistics gathered during Boeing studies, nearly half of all fatal airplane accidents occur during takeoffs and landings and the ascent and descent associated with each of these phases.

An airplane does not have to be in an actual accident for passengers (and crew) to sustain injuries. In fact, a large percentage of all injuries sustained while on a plane occur during a flight due to turbulence. While the turbulence itself is often not the actual cause of the injury, as the pilots do alert passengers to turbulence and request that everyone put on their seat belts, turbulence can lead to injuries when it causes luggage to fall out of overhead bins. Additionally, passengers can sustain injuries while moving about the cabin, from unsecured drink carts, or because of a trip and fall on the way to the lavatory.

Were You Injured During A Flight? Contact Alan Goldfarb, P.A.

If you have been injured during a flight, you may be able to recover for your injuries from the airline or other entities due to their negligence. Seeking the advice of an attorney should be your first step if you find yourself in this situation – never agree to accept any type of settlement without first learning your rights. Our Miami mass transit accident attorneys at the office of Alan Goldfarb, P.A. will review your case to determine whether your injuries were the result of negligence and, if so, identify the negligent parties so you can work towards a full recovery. Contact us today to schedule your consultation at no charge or obligation.