Victims Win In Sandy Hook, But Don’t Expect Gun Lawsuits To Be Viable 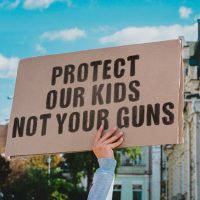 The federal government passed a series of laws that prohibits personal injury lawsuits filed against gun companies for the misuse of their products. You can, however, still file a lawsuit against a gun company that manufactures a defective product. One loophole under federal law permitted the Sandy Hook victims to tag a $73M settlement on Remington which manufactured the AR-15 style rifle used in the massacre. According to the victims, Remington violated the law in the marketing of the weapon which somehow voided the legislation that prohibits these types of complaints.

For a personal injury lawyer to get a claim through the summary dismissal process, they must prove that a special exception applies to the federal law. The Sandy Hook victims were able to do that. However, the Parkland students and their families have not been able to accomplish anything similar. Instead, they have filed lawsuits against the school district and the FBI for ignoring red flags that allowed Nikolas Cruz to obtain a gun.

Nonetheless, the lawsuit remained in the courts for years and eventually came to a stop when the Connecticut Supreme Court ruled in favor of the families. The SCOTUS declined to hear an appeal meaning that the decision stands and the insurers were forced to pay.

It is still true that product liability claims filed against gun manufacturers based on the conduct of a customer is prohibited. However, these plaintiffs filed a claim under state law detailing unfair marketing practices. According to the plaintiffs, the gun used by the mass shooter was specifically marketed to at-risk males who enjoyed playing violent video games. In one case, Remington’s advertisement showed an AR-15 with the tag, “Consider your man card reissued.”

Remington argued that the ad strategy had nothing to do with the shooting.

Insurers choose to settle lawsuits because they’re afraid of juries. In this case, Remington probably had a coin flip of an argument that could have gone either way. Targeting the company under a state statute that prohibited certain types of marketing for firearms allowed the plaintiffs to void gun manufacturer immunity in these cases.

The insurers simply did not want to face a jury with child victims, so they opted to settle for the large sum of $73 million. The lawsuit could have broader implications for gun manufacturers. They can now be held responsible for how they market their product and who they target in their advertising campaigns. It is a big case with major implications that will shake the industry. But right now, it remains exceedingly difficult to file such a lawsuit against gun manufacturers.

If you have been injured due to the negligence of a product manufacturer, the Miami personal injury attorneys at the law office of Alan Goldfarb, P.A. can help you file and litigate your claim, recovering damages related to your injuries. Call today for a free consultation and learn more about how we can help.