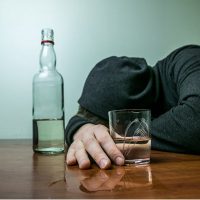 A pledge who was forced to drink a bottle of vodka during a frat party is now in a vegetative state after he went into respiratory arrest the night of the party. When he was taken to the hospital, he had a BAC of .486 making his bloodstream more aptly called an alcohol stream. It’s a lethal amount. By the time the 19-year-old was taken to the hospital, his lips had turned blue and he was already in cardiac and respiratory arrest. While he was not breathing, his brain was being deprived of oxygen. This caused severely permanent brain injury similar to what you would see in stroke victims, but far worse. In this case, the teen can no longer communicate and still seems mostly unresponsive. The brain cannot be repaired, so this will be the rest of the boy’s life.

As a result of the incident, the University and the national chapter suspended the charter for the incident. The same boy was hospitalized weeks earlier for being made to climb inside of a trash can with broken glass. He suffered an injury to his foot that required stitches and walked on crutches for a period of time. He confided to his sister that he couldn’t take it anymore.

The frat and the people who participated in the hazing are essentially dead to rights. They forced an underage student to consume enough alcohol to kill himself and now he has permanent brain damage and can’t talk. The doctors won’t know the extent of the damage, or whether they will be able to help the teen learn to speak, walk, or do other things again. So, his life is essentially over. He will not be able to sustain a job and his quality of living has been reduced forever.

Fraternities are often sued over their drunken antics. The allegations aren’t always as cut and dried as these are. Here you have a fraternity that is openly breaking the law by supplying alcohol to underage pledges. That allegation alone would be enough to win the lawsuit. Further allegations that the pledge was forced to consume the entire bottle will make the case harder to defend but are unnecessary to win the suit. It will be little consolation for the parents who now have to live with their son’s condition.

Not all frat lawsuits are as morbid and depressing as the aforementioned. Some of them are even funny, as we would expect. In one case, a fraternity was sued after a brother attempted to launch a bottle rocket out of his backside. Of course, bottle rockets do best in low-friction environments where they can take off. Depending on the amount of friction in the frat brother’s backside, the bottle rocket would not necessarily take off, instead exploding where it was, which is exactly what happened. The ensuing explosion startled the frat boy who fell off the deck of the frat house, causing serious injury to himself. That is less likely to be compensable unless the frat boy was a pledge, and sticking bottle rockets up your backside was a frat activity.

If you are injured by someone else’s negligence, call the Miami personal injury lawyers at the office of Alan Goldfarb, P.A. today to schedule a free consultation and discuss your strategy in more detail.

By Alan Goldfarb, P.A. | Posted on May 2, 2022
« Victims Win In Sandy Hook, But Don’t Expect Gun Lawsuits To Be Viable
Can You Sue A Jail Operator Who Intentionally Harms You? »