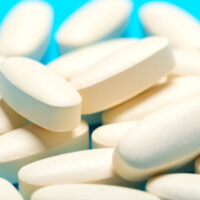 The pharmaceutical companies that marketed and produced the blood thinner Xarelto, will settle a class-action lawsuit to the tune of $775 million. The lawsuit claims that neither doctors nor patients were adequately warned about certain life-threatening complications that could arise from taking the drug. Previously, Bayer Healthcare and Janssen Pharmaceuticals had managed to win six of the lawsuits against them alleging the manufacturers failed to warm their patients and doctors about side effects.

If you’ve looked at a television any time in the past two years, you may have heard of Xarelto. Celebrities such as Kevin Nealon, Arnold Palmer, and Brian Vickers have told you how much the drug has helped them. Designed as a clot-busting medication for those at risk of stroke, the drug works by thinning the blood. But in some cases, it goes too far, claim plaintiffs. The results can be just as bad as the conditions the medication is designed to treat, they say, including strokes, internal bleeding, and even death.

While Xarelto manufacturers stopped short of admitting any liability, the massive settlement is evidence that the companies downplayed potential problems with the drug, which is by no means an uncommon problem. Most of the time, when new drugs come out, they want to differentiate themselves from older drugs that treated the same problem. Even though the drug itself may not be all that dissimilar from the drug it’s trying to replace, companies will claim that it has reduced side effects or is the better drug in complex situations.

Careful readers will note that the potential adverse reactions are not all that dissimilar from the risks you run with any blood thinner. In cases where too much of the medication is taken, the chances of it making the blood too thin is a potential problem. This can result in conditions like syncope, blurred vision, nausea, fatigue, and an inability to concentrate. In severe situations, it can cause the pulse to become very rapid or extraordinarily slow.

Xarelto is Considered Safe for Most People

While many drugs face serious questions related to their safety, Xarelto has, by and large, garnered the trust of the medical community. While adverse reactions to such medications are unfortunate, there is little doubt that attorneys for the plaintiffs believed it was their doctor’s duty to appraise the risks of the medication before administering it. In cases where the drug failed and caused stroke, cardiac events, or death, it was due to the fact that the anticoagulant thinned the blood too much causing internal bleeding and a lack of blood flow to the heart, brain, and other organs. In other words, the drug is not defective. Plaintiffs alleged that they were not adequately warned of potential side effects but the question that remains is: Does Xarelto have significantly more side effects than any other blood thinner on the market and to what extent were those side effects made known to doctors and patients?

The Miami personal injury attorneys at the office of Alan Goldfarb P.A. represent those injured by dangerous drugs in product liability lawsuits. If you’ve been injured by a doctor-prescribed medication, give us a call or talk to us online to set up a free consultation today.

By Alan Goldfarb, P.A. | Posted on April 17, 2019
« What Happened the Day Before the FIU Bridge Collapsed?
Sales of Roundup Drop Amid Concerns Over Safety »