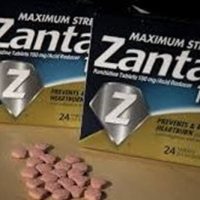 The prescription drug Zantac was first placed on the market in 1983. After years of success, the company that produced Zantac contracted with another company to develop a generic over-the-counter version of the drug that could be purchased at local pharmacies. Once again, the generic Zantac was a hit. However, dangerous levels of a carcinogen were found in the pills prompting the recall of the medication and a litany of personal injury lawsuits all of which allege that the plaintiff developed some form of cancer from Zantac use.

In their pleadings, the plaintiffs argued that the manufacturers of generic Zantac had a duty to warn the FDA and were negligent for not doing so. These allegations have been stripped from the filings due to conflicts with federal law that would prevent them from satisfying the requirements alleged by the plaintiffs. The judge has concurred, but the lawsuit is still moving forward. Below, we’ll discuss what the plaintiffs are alleging against the Zantac manufacturer.

Product liability lawsuits and drug liability lawsuits are filed under the same theory of products liability. Essentially, the manufacturer of a product is strictly liable if their product, when used properly by a customer, injures that customer in any way. You can smash your head with a hammer and blame the hammer company, but if the hammer broke while you were using it to hammer a nail, that would be a legitimate cause of action.

In this case, Zantac would be strictly liable if it can be established that their product causes cancer. However, there are some conflicting accounts. According to one company that inspected generic Zantac pills, the pills did not usually contain more than the federal government’s daily minimum dosage of the offending carcinogen. Nonetheless, the company was moved by their findings to issue a citizen’s petition to recall the product from the shelves, a feat which they accomplished.

Why did the decision go in favor of the defendants?

This was essentially a technicality. The defendants successfully argued that redesigning the label as required under the allegations would breach their duty to the federal government and was, therefore, not actionable. The judge concurred and dropped some of the negligence claims alongside a failure to warn claim that was alleged by the plaintiffs.

It’s difficult to prove that one person’s cancer was the result of a specific pill that they took periodically over an extended period of time. In fact, it borders on impossible. Cancer has multiple causes, risk factors, and a defendant will always be able to claim that an individual’s cancer was the result of their smoking, the powerlines they live near, or they had a family history. Nonetheless, the carcinogen in Zantac is classified as a “probable human carcinogen” which is the highest classification available. The plaintiffs don’t need to prove that the defendant’s knew about the carcinogen, only that they made the carcinogen available to customers. Jurors are only asked to determine if a plaintiff’s story is “more likely than not”.

If you’ve been injured due to a dangerous product or drug, call the Miami personal injury attorneys at the office of Alan Goldfarb, P.A. today. We can hold the company responsible for your injuries.