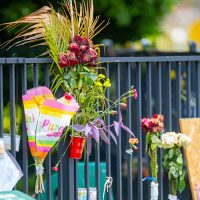 A $1 billion settlement has been reached with various culpable parties in the Surfside Condo collapse that occurred last summer. It seems like a decade ago that this tragedy was making headlines with all the things that have happened in between. Today, the matter is resolved with the families of the deceased splitting the nearly $1 billion award ordered by the court. The settlement is one of the largest in Florida history.

On June 24th, 2021, part of the Surfside condominium inexplicably pancaked causing the deaths of 98 people. 35 were rescued from the un-collapsed portion of the building which was later demolished after an investigation. It was determined that moisture had seeped into the concrete causing the steel beams to rust and bow. This caused the concrete to begin spalling or cracking which eventually resulted in the building itself pancaking. It is the third-worst structural engineering collapse in American history in terms of the death toll.

One of the foremost factors in the collapse was an engineering error that prevented rainwater from running down a slope. Instead, it was allowed to pool until it evaporated which caused seepage through the concrete and into the steel beams which later rusted. The building was completed in 1982. No one knew then that 40 years later, we’d be pulling bodies from the rubble. Nonetheless, several inspection agencies reported worsening problems that contributed to the collapse, including the fact that the building was sinking into the ground.

In 2020, efforts to repair damage were undertaken but later stopped when it became obvious that repairing the damage could destabilize the building. By then the damage was so severe that repairing it could have actually caused the collapse to occur earlier. At that point, someone with knowledge of the damage had a duty of care to inform the residents who were paying to stay there that they were living in a structurally unstable building. On June 24th, 2021, they would find out the hard way.

For that reason, the owners of the Surfside condo, the engineers that designed the building, and others that contributed negligence to the collapse were held liable for compensatory and punitive (punishment damages) for allowing 98 people to die without informing them of the danger.

The Miami personal injury attorneys at the office of Alan Goldfarb, P.A. represent the interests of injured parties or the grieving families of those who have died due to another party’s negligence. Call today to schedule a free consultation and learn more about how we can help.