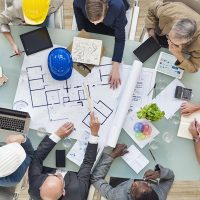 98 people die in a building collapse and $1 billion dollars later, the matter is mostly settled. But grumbles concerning the case remain with insurers, engineers, and business advocates saying that the defendants got railroaded in the decision.

They potentially have a point, but it doesn’t change the fact that multiple parties contributed to the collapse of the building and at least one or two of those parties had cause to know that the structure was unstable prior to collapse. At that point, they should have warned residents, safely moved them out of the structure, and then tried to repair the damage safely. Instead, they sat on their hands until the building collapsed.

Nonetheless, some defendants are angry that they were drawn into the lawsuit. They believe that unsound and untested theories contributed to a theory of liability that became a black hole for anyone even associated with the tower collapse. This included neighboring properties and the potential that a pool contributed to the collapse.

The government has yet to complete its investigation of the Surfside collapse. However, anyone railing against a verdict or settlement based on “unproven” science either does not understand the law or does not understand science. The problem for those who are confused and angry about the verdict is that you don’t need to prove your case to a scientific certainty in order to win. That is why lawyers for the defendants and their insurers chose to settle the matter as opposed to arguing their case before the jury.

Juries are directed by the court to make a determination based on the preponderance of the evidence. A defendant cannot go into court and claim that the plaintiff has not proven their case to a scientific certainty. Once it reaches the jury, the standard of proof is more likely than not.

However, some cases are so complex that it is considered beyond the scope of a jury to render a decision. These include professional malpractice cases which would be similar to the one involving a structural engineering failure. In these instances, expert witnesses often testify on both sides of the matter and the jury is left to determine which one they find the most credible. In other words, you will never present a case so perfect that every scientist on Earth will concur with your argument. The insurers and civil defense attorneys judge the matter based on what type of a verdict a jury is likely to return. In this case, the jury was most likely to find in favor of the plaintiffs and with allegations of willful misconduct, the number could have been much higher.

If you have been injured due to the negligence of another party, call the Miami personal injury attorneys at the office of Alan Goldfarb, P.A. today to schedule a free consultation and learn more about how we can help.