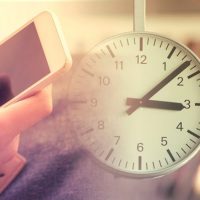 A man called 911 in fear that his cousin’s family and their two children had become ill from carbon monoxide poisoning during a snowstorm in Houston. According to the fire captain, an EMS crew had arrived at the home but “no one answered the door”. The man reiterated that the family had likely passed out due to carbon monoxide poisoning and was thus unable to welcome the EMS crew in. The man told the fire captain that if they had to beat down the door to access the family, then they should do just that since they might still be savable.

The fire captain questioned why the man believed that his cousins inhaled carbon monoxide. He told them that they likely moved to the garage where their car was located to get out of the cold. Their power had gone out, so it was reasonable to conclude that they turned on their car to provide some warmth and charge their phones. The fire captain said that he would make a “tactical decision”, but the crew left minutes later. As the caller was asking the fire captain to keep him updated, the fire captain hung up the phone before he could finish. Meanwhile, the four family members were unconscious inside of their house. By the time EMS accessed the home, the inhabitants had been unconscious for five hours. Two were dead, two were suffering signs of severe respiratory distress.

Emergency dispatch failed to relay critical information to first responders resulting in a lackadaisical approach to emergency rescue. All first responders are allotted discretion when deciding to break down doors to access a victim. Generally, the considerations involve determining the credibility of the caller and the exigency of the situation. In this case, emergency responders made the wrong choice, even after being prodded by a concerned family member. In this case, the failure of dispatch to relay the danger of the situation resulted in the crew deciding not to enter.

During that winter storm in Houston, EMS received 100 or so calls related to carbon monoxide poisoning as Texans lost power throughout the state. Those without power used whatever means were available to them to charge their devices and keep warm. Some folks used grills and stovetops to provide heat, while others turned to their cars in the garage.

Nonetheless, the EMS is being faulted for their response to this situation. A standard protocol would be to continue attempting to make contact and assume that the victim is in danger until you prove otherwise. In this case, EMS failed to do either.

The Houston FD is now launching an investigation into what happened that day. Houston PD says that the dispatcher failed to convey the severity of the situation which resulted in the untimely deaths of two family members.

If you’ve been injured due to the negligence of another party, you are entitled to hold them accountable by filing a lawsuit. The Miami personal injury attorneys at the office of Alan Goldfarb, P.A. have successfully helped thousands of plaintiffs recover damages related to their injuries. Call today and we can begin discussing your case immediately.