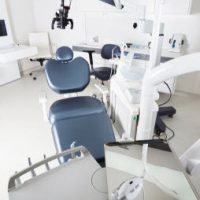 A 3-year-old boy who died while under anesthesia at his dentist’s is the subject of a wrongful death lawsuit filed by his parents. According to the medical report, the boy was given propofol and ketamine prior to a procedure. A log of the incident shows that the boy was given ketamine and propofol at around 7:15 am. Just before 8 am, another dose of propofol was administered. That’s when the child started showing signs of a constricted airway and an irregular heartbeat. A few minutes later, the child had no pulse and 911 was called. According to an EMS report, the child’s airway closed after the administration of lidocaine.

The lawsuit will be a test case to challenge Kansas’s damage caps on medical malpractice lawsuits.

Well, it looks like the patient was stuffed with enough sedatives to put a horse down, but the medical examiner has yet to rule on the cause of death. While it’s certainly possible that lidocaine could have caused the throat to swell, the victim was already on two doses of propofol and a dose of ketamine prior to the administration of lidocaine, so that certainly is not a given.

Once the child stopped breathing the dentists at the clinic attempted to intubate the child to restore his breathing. The effort didn’t work and the child died anyway.

A lawsuit has been filed on behalf of the plaintiffs alleging wrongful death. The dental clinic has responded by claiming that the allegations are baseless and inaccurate. The death of the child alone is not enough to prove medical malpractice occurred, but since deaths don’t generally occur during routine dental procedures, it would certainly lean that way in front of jury. Nonetheless, we don’t know what specifically caused the child’s death, and if there was anything the doctors could have done differently to prevent it. If they had no means of preventing the death, then the clinic can argue that no malpractice occurred. Further, the plaintiffs will need a specific theory as to what caused the child’s death, and they will find this theory by hiring an expert witness who can testify as to the cause of the child’s death.

The Miami personal injury attorneys at the office of Alan Goldfarb, P.A. handle medical malpractice cases. Such cases involve allegations that doctors did not render the prevailing standard of care for their field of practice. If negligence can be proven, the plaintiff is entitled to recover damages related to their past and future medical expenses, lost wages or unemployability, and reduced quality of life. Call today to learn more.