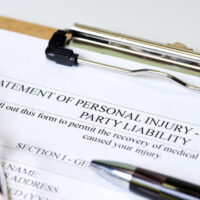 Are defective earplugs to blame for hearing damage experienced by combat veterans? The Florida courts will attempt to sort out the claim. The U.S. Judicial Panel coordinated lawsuits in a variety of states and sent them right here to Florida where jurors will be asked to determine the extent of 3M’s liability in causing hearing damage to U.S. soldiers.

As a product liability case, those injured by the defective product will have a vested interest in an outcome in their favor. However, the federal government and the Department of Veteran’s Affairs will too as they are footing the bill for numerous claims related to their soldier’s hearing loss.

Design Defect in the Earplugs

The lawsuits allege that the combat earplugs were defectively designed and failed to produce the very service that they were purchased to provide. The earplugs had a critical defect that resulted in the hearing loss of thousands of combat veterans. These are veterans who not only saw active combat in Iraq and Afghanistan but any veteran who underwent combat training. According to the U.S. government, roughly 800,000 soldiers have suffered hearing loss that should have been avoided through the use of the earplugs.

3M has already settled a $9.1 million lawsuit related to the earplugs directly with the U.S. Department of Justice. While the settlement may have been the right price, 3M was never forced to admit liability in the case which left some veterans irate. This may be at least in part because it costs taxpayers nearly $1 billion to treat the damage caused by these earplugs. None of the money earned there will be given to military veterans impacted by the earplugs.

The earplugs were in active use between 2003 and 2015 which accounts for the high number of veterans impacted by the allegedly defective earplugs. Hearing loss is one of those injuries that may not become apparent until later down the line. But the high number of complaints concerning hearing loss eventually amounted to nearly a million complaints and numerous lawsuits.

Meanwhile, 3M is complaining that the location of the litigation is unfairly prejudiced against them. The Northern District of Florida is home to a number of former combat veterans and has a number of military bases. Judge M. Casey Rodgers himself is a former military veteran.

Many of the veterans who have complained about the earplugs have experienced what they call a “loud constant buzzing” in their ears. This they experience 24 hours a day and seven days a week and it will likely be there for the rest of their lives. While the civil suits against 3M continue to brew, 3M maintains that their product was not the cause of the rampant hearing complaints.

If you’ve been injured by a product that did not live up to its warranty, call the Miami personal injury attorneys at the office of Alan Goldfarb P.A. We have recovered millions for our clients and we can recover damages for you.