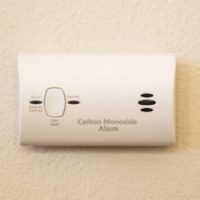 The plaintiffs have waited to file their lawsuit until Mexican authorities finish their investigation. They plan on adding more defendants to the lawsuit including the owner of the Airbnb rental. However, collecting a judgment from a Mexican homeowner may be quite difficult. Chances are good that Airbnb did contribute actionable liability to this matter, but service industries like this are protected by layers of arbitration clauses and technical terminology.

According to the lawsuit, one of the members of the party contacted her boyfriend to tell him that she was feeling sick. The boyfriend contacted the Airbnb host to check on them. By the time anyone arrived three were dead. Airbnb has suspended the listing and canceled reservations for the rental.

According to Airbnb, they have not confirmed the presence of carbon monoxide but noted that the company makes carbon monoxide detectors available to all hosts free of charge. They also said they are updating their policy regarding detectors as well. Airbnb states that guests can filter their choices concerning hosts that have detectors and those that don’t.

Is that enough to prevent Airbnb from being liable? Probably not. They are exposing the public to dangerous environments, and without an explicit warning that they could be exposed to carbon monoxide, they are more likely than not liable for these deaths.

Three Americans previously died of carbon monoxide poisoning in a resort in the Bahamas. They reported feeling ill and were seen by medical staff. They were then found dead in their villas the next morning.

To prove a lawsuit, you must establish negligence. In a case like this, the plaintiffs claim the defendant is negligent for failing to properly vet rentals prior to making them available to the public. Airbnb claims that renters can choose whether or not to rent a spot with a carbon-monoxide detector. That shifts the burden to the plaintiff to ensure that they are making the correct choice. Or does it?

You cannot consent to potentially dying from exposure to a noxious gas without knowing the odds, all of the risks, potential safety valves, and everything else about the situation first. You wouldn’t do that simply to save a few bucks. The choice to not use a carbon monoxide detector does not avail the defendant to expose the public to dangerous chemicals without due diligence. So, the plaintiffs should win this suit.

Alan Goldfarb, P.A. represents plaintiffs in lawsuits filed against negligent defendants. Call our Miami personal injury lawyers today to schedule a free consultation and learn more about how we can help.