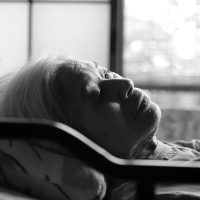 How does the arrangement work?

Communications between the nursing home and the management company indicate that the management company opted to increase revenue by reducing the number of “walkie-talkies”. What is a walkie-talkie? It is a patient who is capable of walking and talking. Walkie-talkies require less intensive care and thus the Medicaid and Medicare reimbursements tend to be lower than non-walkie-talkies. In other words, the facility opted to bring in more critical patients even as the nursing home was facing staffing issues.

The civil lawsuit focused primarily on the billing of Medicaid over “worthless services”. Traditionally, suits filed under the False Claims Act focus on overbilling. In this case, the nursing home was charging Medicaid for prescribing antipsychotics and antibiotics to patients who did not need those medications. The lawsuit against the management company includes 104 alleged false claims relating to 13 patients. If the US government wins its case, the management company could be forced to pay 3 times the amount alleged to have been billed.

Talk to a Nursing Home Abuse Attorney in Miami

Nursing homes generally fail in patient care due to systemic issues with the nursing home itself. These facilities are still responsible for providing quality care and ensuring patient safety. When they fail, they can be sued. Call the Miami personal injury lawyers at the office of Alan Goldfarb, P.A. today to learn more.