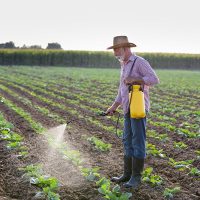 In a toxic liability lawsuit that could stretch into the billions of dollars, hundreds of American farmers have joined a class to sue the Swiss makers of the chemical known as paraquat, a weed-killer used to prevent the spreading of invasive weeds in farmland. Paraquat kills weeds, but it is also known to cause Parkinson’s disease in humans, a fact that the Swiss company is now reconciling. They have already set aside more than $100 million to pay out claims related to the toxic herbicide, but experts believe that won’t be near enough.

According to a study done on the chemical in 2011, those who worked closely with Paraquat were 2.5 times more likely to develop Parkinson’s disease than the general public. Through an array of acquisitions and mergers, paraquat ended up in the portfolio of the Swiss company Syngenta which was later purchased by Chinese interests. However, both the Swiss and Chinese governments have banned the use of paraquat as have 72 other countries. Paraquat is sold in 27 countries, including the U.S. Those who use paraquat must have the proper licensure and must be trained specifically on its safe use. In July of 2021, paraquat was cleared by the EPA for another 15 years. The decision is being fought in the courts by environmental activists.

Paraquat manufactured a chemical that increases the risk of Parkinson’s disease 250% for those who work closely with it. The companies that manufactured the chemical failed to warn users about the risks. For that reason, those who acquired Parkinson’s disease from close work with paraquat can seek recovery from the company. However, since the government instituted safety requirements and licensing for working with paraquat, it is unclear if actions filed after 2011 will have the same strength of merit as those filed afterward.

In cases where the federal government requires licensing for use of a certain chemical, your options for recovery are limited to things outside of your control. It’s because you’re considered an expert on the proper and safe use of paraquat that your options are limited. You cannot claim that you didn’t know about the dangers or that the company failed to warn you about the dangers, because you have a license that says you are competent to work with the chemical despite the dangers. In other words, the Chinese company that owns paraquat is protected based on this licensing law.

Syngenta maintains that there is no “credible evidence” that paraquat causes Parkinson’s disease despite the fact that the Chinese government has outlawed its use and a study linking paraquat to Parkinson’s disease indicated those exposed have a 250% greater likelihood of developing the disease. In other words, they’re going to play dumb. Nonetheless, Syngenta has been settling paraquat-related lawsuits for years and will likely continue to settle them even as they claim their product is safe.

If you’ve been injured due to exposure to a dangerous chemical, call the Miami personal injury attorneys at the office of Alan Goldfarb, P.A. today to schedule a free consultation and learn more about how we can help.