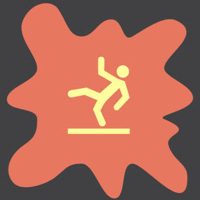 Slip and fall lawsuits don’t always make it to trial. In fact, it’s very unusual for a case like this not to be settled by the store’s general liability insurer.

In this case, the plaintiff claimed that she slipped and fell on spilled fabric softener as she was rounding an aisle. The basis for her negligence action was that the employees were not monitoring the area where the spill had occurred and that no one had put a sign down until after she fell. According to the store’s policy, a hazardous condition should have been guarded by a store employee until it could be remedied. They further accused the store of being short-staffed at the time.

The jury entered a verdict in favor of the plaintiff for $36,000. She was seeking over $750,000 in damages. However, slip and fall lawsuits like this generally settle in that range.

Once the defense loses on the facts, their next strategy is to cloud damages. In this case, the defense brought in expert witnesses who testified that the plaintiff’s injuries predated the slip and fall accident. Another radiologist who examined the plaintiff said that her treatment should have ended sooner but conceded that she would likely need more treatment in the future. Nonetheless, the woman received far less than her demand was for, so you have to consider this a win for the defense.

Her health insurance could file a lien against her $34,000 or $24,000 to recover expenses paid for her surgery. However, plaintiff-friendly interpretations of the rules limit the recovery of health insurers in these situations, even when funds are earmarked specifically for medical costs.

If you’ve been injured due to the negligence of another party, call the Miami personal injury attorneys at the office of Alan Goldfarb, P.A. today to schedule a free consultation and discuss the matter in more detail.