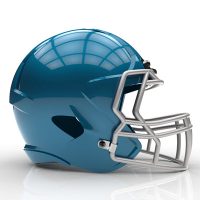 A federal judge overseeing more than 30 claims against the football helmet maker Riddel has tossed all of the lawsuits in the class after he was unconvinced of the causal relationship between the helmet maker’s failure to warn students about the limitations of the helmet and their brain injuries later in life.

We understand much more about CTE than we did even a decade ago. The NFL, the NHL, and other sports leagues have settled with players who suffered severe brain injuries due to their sports careers. This is the latest lawsuit filed against a helmet maker. The plaintiffs alleged that Riddel oversold the abilities of their helmet and gave high school football players the wrong impression that they could prevent concussions. In most cases, the plaintiffs had sustained these injuries over 20 to 50 years prior to the lawsuit being filed. However, the statute of limitations can be tolled to when a plaintiff discovers that they have a valid cause of action.

Concussion lawsuits against the NFL

The concussion lawsuits filed by former players against the NFL were settled for $1 billion. Today, we also have enhanced concussion protocol for injured players and a trust established for players who suffer severe brain injury while playing football. However, you have to be an NFL football player to file a claim on the fund. If you only played high school or college ball, then your options would be limited. In the original lawsuits against the NFL, allegations against Riddel were made, but Riddel was not named as a defendant in the lawsuit. In these cases, the plaintiffs may have no avenue of recovery if Riddel cannot be sued under this claim.

Some suits remain, but they are hanging by a thread after the judge rejected expert testimony provided by the plaintiffs that linked Riddel’s failure to warn students about the limitations of football helmets to their current injuries.

What will happen now?

It doesn’t look good for the plaintiffs who were allowed to file a lawsuit outside of the statute of limitations because we only recently became aware of the long-term impact of concussions on the brain. A stronger argument would have involved a design defect that made the helmets less likely to serve that advertised use. However, falsely advertising the efficacy of your product is often grounds for a personal injury suit. Nonetheless, the judge uniformly rejected the plaintiff’s claims regarding the failure to warn. The plaintiffs will have the opportunity to appeal the decision, but not all of the lawsuits have been dismissed. Counsel for the plaintiffs is likely preparing the appeal as we speak.

The Miami personal injury attorneys at the office of Alan Goldfarb, P.A. handle injury lawsuits that occur during high school sports activities. Call today to schedule a free consultation and we can begin discussing your next steps today.