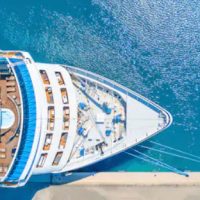 Sexual assault lawsuits aboard cruise ships are not uncommon, unfortunately. Jurisdictional issues can create legal black holes for some individuals who escape accountability for their actions while on the high seas. This isn’t the case for Americans. America doesn’t care where you are when you commit a crime. We can still hold you accountable in the American courts. Elsewhere, however, it’s different. Unfortunately, that’s what happened here.

A 21-year-old woman says that on the last night of her voyage, she became very drunk and attempted to wander back to the pool deck area. She slipped and fell and a crewmember tried to help her. However, the crewmember then forced her into a storage locker and wouldn’t let her leave. The woman says that the worker raped her in the storage locker. Carnival claimed the sex was consensual. Eventually, a jury reached a verdict in favor of the plaintiff for a damages award of over $10 million.

Below, we’ll take a look at the relevant laws that rendered a verdict in favor of the plaintiff.

The vast majority of lawsuits filed against cruise lines are premises liability lawsuits. Not all sexual assaults that occur aboard cruise ships are committed by employees of the cruise line. In some cases, cruise ship employees have watched children being served alcohol in bar areas or failed to supervise areas that were meant for children. In these cases, predators can access the children and the cruise ships aren’t generally very helpful when a passenger mentions that a legally actionable injury occurred on their vessel. In other words, security personnel are more interested in protecting the cruise ship from a lawsuit than they are in protecting their guests.

In the event that it’s an employee who commits the sexual assault against the passenger, the cruise ship is automatically liable due to a legal concept known as respondent superior. Essentially, corporate personhood means that the entire corporation is treated legally as a single entity. While this gives them the same rights as a person, it also forces them to pay out on lawsuits where their employees commit an act of negligence or malice. In this case, the cruise line ended up responsible for the sexual assault because the jury found that the employee had in fact raped the passenger.

In this case, the cruise line moved to fire the worker almost immediately on the grounds that they violated a policy against “fraternizing” with guests. The cruise line defended the worker from the rape, however, arguing that the sex was consensual. The worker was able to escape criminal charges and his whereabouts are currently unknown. An FBI investigation found that the worker had illegally trapped the passenger in the storage locker.

The Miami personal injury attorneys at the office of Alan Goldfarb, P.A. represent the interests of those who have been injured aboard cruise ships. Call today to schedule a free consultation and we can begin discussing your case in more detail.