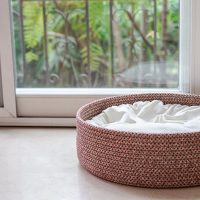 A concerned Florida resident found a stray kitten who had just been hit by a car. She spent thousands on vet bills to nurse the kitten back to health. The kitten, named Flash, had lost an eye but recovered fully from the accident and spent the last three years of her life as an indoor cat. When the cat’s human took her to a mobile pet groomer, however, Flash would not survive the experience. She died on the floor of the grooming van. The woman, who hired the mobile groomers to groom her dog and Flash seemed to have no problem with the dog, but when it was Flash’s turn, the owner became concerned that it was taking so long.

So the owner went to the truck to see what was going on. The groomer told her to hold on a second, but when he opened the door, all the pet owner could hear was the sound of her beloved cat screaming. The woman saw what appeared to be burn marks on Flash’s face. The cat was drooling and bleeding from her mouth and bleeding from her eyes. Flash was missing claws from her paws.

The groomer claims he placed the cat on the floor of the van when the cat began to inexplicably convulse and then fall down. The groomer then offered to comp the woman the full cost of both groomings and even purchase her a new cat “if she wanted”. The woman never heard from them again.

The grooming company says this is the first cat to ever die in their care, and the incident “deeply affected” the groomer who had more than two decades worth of experience. The grooming company contends that the reason why the cat died was because she was completely infested with fleas. While the owner did admit that the cat had fleas, she pointed out that the veterinarian had given Flash a clean bill of health after her last appointment.

The groomer’s explanation of events does not account for the severe burns on Flash’s face. A better explanation would involve the use of the wrong flea shampoo on the cat. Typically, cats and dogs have different shampoos, and using a dog shampoo on a cat can cause the types of chemical burns the cat suffered during the grooming.

According to the groomer, the cat began to drool and convulse after the incident. This would be similar to the types of symptoms a cat would suffer after an improper product was used on them.

A lack of regulatory infrastructure

Beauticians, veterinarians, even the folks who apply press-on nails need to pass some form of certification to prove that they can safely manage the needs of their customers. However, pet groomers are under no such strictures. The plaintiff insists that the grooming agency lacked the requisite experience with cats and applied a dog shampoo to the cat which eventually resulted in the cat’s death.

Talk to a Personal Injury Lawyer in Miami

If you or your loved one has been injured due to the negligence of another party, call the Miami personal injury attorneys at the office of Alan Goldfarb, P.A. today to learn how we can help you hold the negligent party accountable.