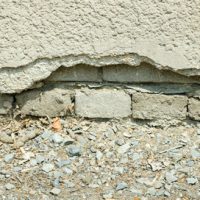 Buildings don’t just collapse, so when they do, someone is to blame, even when the collapse occurs in inclement conditions. There are so many safety regulations in place to prevent these sorts of occurrences that it is often a simple matter to hold the building’s landlord accountable for one or several failures that contributed to the collapse. Hence, building collapse lawsuits almost always favor the plaintiffs, but there are other matters that can complicate the path toward a settlement. In this article, we’ll discuss building collapse lawsuits in general and how they proceed.

It’s hard to find a single instance of a building collapse lawsuit that doesn’t allege safety lapses. These lawsuits usually go the victim’s way. If the plaintiff can prove that there was some safety lapse, they can prove that negligence was a contributing factor in the collapse of the building. Where there’s one safety lapse, there are usually dozens. It’s hard to think of a single defense argument in which the building’s landlords can say, “this building wasn’t our responsibility, and even if it was, it wasn’t our fault it collapsed.” That’s because the landlords are strictly responsible for ensuring that the building is “up to code”. In the most recent case, investigators have found reason to believe that there were cracks in the concrete that caused the building to pancake. How or why this wasn’t caught earlier is unknown. However, two inspection companies green-lit the building in 2018, so they are partly responsible for the collapse as well. This may also help the building’s owners prove that they were only acting on the intelligence provided to them by third parties. In fact, the third parties may be more liable for telling the condo association that the building still had structural integrity than the condo association is for acting on bad information.

Buildings sometimes collapse due to natural disasters. In California, where earthquakes are frequent, buildings must be designed with particular specifications to allow the building to survive the earthquake. While it’s possible to imagine an earthquake so bad that no amount of engineering or precaution could prevent it, it’s almost always the case that some form of human error, be it by act or omission, contributed to the collapse.

In one of the most recent cases in memory, a building facade collapsed in San Francisco during an earthquake that injured or killed passersby and destroyed property. The building owners were warned that a sizable seismic event could result in collapse. They did nothing. The building collapsed. They were found liable.

Landlords are liable for injuries caused by their failure to maintain buildings. These lawsuits are easier to file because there are generally building codes that have not been adhered to. If you’ve been injured due to the negligent maintenance of your residence, call the Miami personal injury attorneys at the office of Alan Goldfarb, P.A. to discuss your situation in more detail.