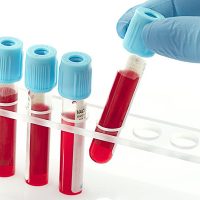 Florida lawmakers are advancing a claims bill against Miami-Dade health trust on behalf of the family of a young boy who was left a quadriplegic, unable to speak, and riddled with painful muscle spasms. The bill, if approved, would advance a $5 million payment to the family to cover the boy’s past and future medical expenses.

In 2017, a 6-year-old boy was admitted to Jackson Memorial Hospital with acute liver failure, hypoglycemia, dehydration, hypotension, and kidney damage. Over the next two weeks, the boy appeared to be getting better. A medical report detailed that he was able to respond to simple commands, answer simple questions, and perform basic motor functions. However, he was not consistently able to track a finger with his eyes.

Two days later, a lab report showed that the boy’s hemoglobin levels had plummeted overnight indicating severe anemia. Such a report is considered to be a major red flag indicating the patient’s condition has turned critical. Instead of informing a doctor, the lab technician retested the sample four times, getting the same results. Instead of taking the results at face value, the tech decided to reorder the blood draw figuring that the sample was contaminated. Twelve hours later, the lab tests came back indicating that the patient’s hemoglobin had plummeted even farther. It was then that the medical staff realized that the boy had been bleeding from the site of a kidney biopsy. The child then had a heart attack.

After the boy had been stabilized, it was determined that he suffered from severe hypoxic-ischemic encephalopathy which simply means that his brain was deprived of oxygen for an extended period of time, resulting in severe brain damage. The brain damage was so severe that it left him unable to move his arms or legs while simultaneously suffering fits of painful muscle spasms.

Jackson Memorial Hospital is owned by the state. The State of Florida, like all states, caps the damages in lawsuits filed against the government. In Florida, a plaintiff is entitled only to $250,000. In most cases, this is fine. However, when a child suffers a catastrophic injury, $250,000 won’t come anywhere near meeting the child’s medical expenses. The money will be placed in a trust for the child which will pay for his medical expenses. Since the child can’t feed himself, he will need to be under 24-hour care.

Claims bills are advanced in the legislature by sympathetic legislators. In this case, covering the child’s medical expenses for life is not within the financial means of the family, even if they are $250,000 richer. If the claims bill is approved, the $5 million will go into a trust for the child to support his medical needs for the rest of his life.

The Miami personal injury attorneys at the office of Alan Goldfarb, P.A. offer tenacious representation to those injured by the negligence of another party. Call our office today to schedule a free consultation and learn more about how we can help.