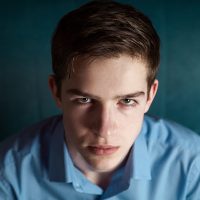 These allegations are disturbing and contain elements of sexual abuse and suicide. An Alabama teen took his own life after claims that he was physically and sexually assaulted at a Tuskeegee residential care facility for almost six months before he took his own life, according to a recent lawsuit. The family claims that staff ignored numerous reports of abuse, failed to stop abuse, and failed to supervise residents leading to widespread abuse. In this case, one young man became an ongoing target of sexual and physical abuse by other residents leading to his suicide. Now, the family wants the facility to pay for their son’s death and prevent future occurrences such as this.

Meanwhile, this is not the only recent story concerning the sexual abuse of children at residential care facilities. However, the allegations are made the more disturbing due to the fact that several other children at the facility will testify that the victim made staff aware that he was being sexually abused and the staff ignored him and the other boys who corroborated his claim. Their callous indifference to the boy’s suffering could leave them on the hook for punitive damages. The same attorney representing the family has three other cases against the facility since before it renamed itself to avoid association with its past. He has filed similar lawsuits against facilities all over the state, he claims.

The facility being sued is part of a conglomerate that sells parents on “troubled teen” services. The parents are sold on the idea that their teens will be taught discipline and respect, but end up coming out of these facilities with PTSD and personality disorders largely due to the unchecked abuse that occurs there. The facilities are operated for profit and accept government contracts as payment alongside individual parents paying their child’s entry.

First things first. You never want to be in a situation where you’re suing one of these schools because, by the time you are, something truly terrible has happened. Nonetheless, the industry needs to be regulated better so that bad actors such as the one described above are prevented from accepting tax-payer money for their services. While several states did end their contracts with the school, the State of Alabama was not among them. What’s true is that these facilities are not meeting their obligations to their wards and the state continues to send at-risk youth here. To be sure, these incidents all involve individuals who were adjudicated by the courts as being a risk to others. It is assumed that when a child is sent to this facility, the facility is capable of monitoring and protecting these children from one another. In this case, they didn’t and it led to a suicide. The company should be held liable for that suicide.

The Miami personal injury lawyers at the office of Alan Goldfarb, P.A. represents the interests of those who have been injured by negligent companies and agencies in personal injury lawsuits. Call our Miami office today to schedule a free consultation and we can begin discussing your suit immediately.