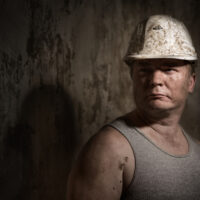 A Knoxville jury recently ruled that Jacob’s Engineering breached its duty of care to its workers exposing them to carcinogenic ash. The incident began a decade ago when a massive coal ash spill required cleanup crews to work round the clock to fix the environmental problems created by the ash. Now, these workers are getting sick and some are dying.

The trial was divided in half and two separate juries were sequestered to decide two different issues. The first issue was whether or not Jacob’s Engineering breached its duty of care to its workers. The jury returned a verdict in favor of the plaintiffs saying that the company did, in fact, breach their duty of care. A second trial will decide whether or not the coal ash is or is not responsible for the illnesses they’re facing.

What Illnesses are the Workers Facing?

The workers allege that Jacob’s Engineering exposed them to coal ash containing several known carcinogens. According to the plaintiffs, the coal ash spill was disturbed by the wind. More than 200 workers have filed claims against the company. They have reported a number of different illnesses, including various cancers of the blood, brain, skin, and lungs.

Jacobs, on the other hand, is claiming that they managed the cleanup in accord with the law and current regulations at the time of the incident. The first part of the lawsuit, however, found otherwise. Now, the plaintiffs are left to prove that their illnesses are related to the cleanup.

Proving What Caused Your Cancer

No one will ever be able to say, to a medical certainty, that one event resulted in an individual patient’s cancer. What medical experts know is that certain chemicals, some of which are found in nature, have a propensity to increase the likelihood that a cancer will form. That may seem like a bar to ever alleging such and such chemical caused someone’s cancer. On the other hand, the jury doesn’t need to be medically certain that the lapse in safety measures exposed the plaintiffs to carcinogens, they just need to rule that it is more likely than not.

In this case, there were other symptoms as well and they began immediately after the workers were exposed to the ash. These included skin lesions. Forty of the workers who worked the site have died of cancer. According to one plaintiff, the entire job was done in five years with many workers working 12-hour shifts. To have done the job properly, he claims, the cleanup would have taken 25 years.

The foreman on the job testified that a Jacobs safety manager ordered his workers to take their masks off “because it looked bad.” Jacobs denies this allegation and maintains that the EPA has classified coal ash as nonhazardous. However, an independent analysis of the coal ash found at the site revealed that it contained several hazardous substances including radioactive ones and heavy metals.

If you’ve been injured by a toxic substance, the Miami personal injury attorneys at the office of Alan Goldfarb, P.A. can file a claim on your behalf. Talk to us today for a free consultation.

By Alan Goldfarb, P.A. | Posted on October 21, 2019
« Lawsuits Begin Against the Epstein Estate
Train Derailment Victims Square Off Against Amtrak »