Family Sues After Son Is Killed On Haunted Hayride 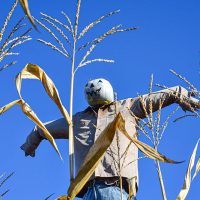 There are a few things that need to be unpacked here. While the parents can feel proud that their son was an upstanding guy who only wanted to do the right thing, the hayride will likely blame him for causing his own death by intervening in the fight. While the parents can claim that a lack of security contributed to the incident, the hayride will claim that the boy’s poor sense led to his own death and it did so more directly. Below, we’ll take a look at negligent security lawsuits and how they are litigated.

To win a negligent security lawsuit, you must establish that the violent incident was predictable (foreseeability) and preventable. This is how you establish negligence. If the matter was preventable because it was predictable, then the host is liable for the injury. To prove that an incident is foreseeable, you generally establish a timeline of other events that occurred at or around the venue to show that the host should have invested in security. Instead, what you have here, is an incident in which someone is shot and killed and the host then invests in on-site security. The host can thus claim that the incident was not foreseeable and thus, the liability falls on the victim, not them.

In the majority of negligent security lawsuits, a plaintiff will allege that they were injured at a venue by a customer after several incidents at the bar occurred previously. Security failed to stop the incident or there was no security there to prevent it. Alternatively, security sometimes causes the problem themselves. These lawsuits can be difficult to win unless you can establish a timeline of violent crimes at a property. Then you can argue that the venue failed to do something they should have done and that led to an injury. In this case, you don’t have that. Liability would ultimately fall on the shooter for pulling the trigger and the young man who entered the fray of a confrontation that did not involve him. Alternatively, the family may be able to argue that the standard duty of care for events like this requires security, but you generally don’t hear of shootings at family events like haunted hayrides. It will be hard to win with these facts, but there may be more to this case than we’re getting from the article.

The Miami personal injury lawyers at the office of Alan Goldfarb, P.A. represent the interests of those who have been injured due to the negligence of another party. Call today to schedule a free consultation and we can begin discussing your case immediately.