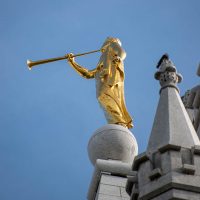 With the Catholic Church abuse scandal, there was an undercurrent of corrective rape. If you’ve never heard this term before, you should understand that it was very much a pretense for abusing children. The idea was that sexually promiscuous children could be corrected by making them dislike sex. This often meant sexually abusing the children in various ways. The priests who were committing the sexual abuse justified it as a means of moral correction. They were helping the children avoid sexual impulses that would later harm their life. However, we know that sexual abuse is a risk factor for early promiscuity, sex addiction, PTSD, personality disorders, and more. To be sure, it’s hard to imagine that these priests actually believed they were helping children. In some cases, they made children available to pedophiles who would pay to abuse them. Nonetheless, “corrective rape” was used to justify the abuse.

While the Catholic Church didn’t exactly condone the conduct, they did not make the conduct known to authorities. Instead, they would ship the priest to psychiatric facilities without telling the doctors why they were being sent there. The priest would often be moved to a new parish where they would continue the abuse.

In this manner, the Catholic Church made a reputation for being a den of child molesters. The truth is that priests are no more likely to abuse children than other segments of the population. But the Church ensured that the abuse would continue by failing to report it and giving the perpetrator access to more victims.

Now, the Mormon Church is facing a similar scandal. Part of the issue is that religious leaders within the Church want to handle these matters internally. Unfortunately, their efforts come up well short and ensure that the abuse will continue. This is largely because they’re more interested in protecting the perpetrator than the victim.

One girl was allowed to be sexually abused by her father over the course of 7 years. He molested her frequently, videotaped the assault, and then posted it online. The Mormon Church operates a helpline that allows individuals to discuss problematic impulses. In this case, the man reported the conduct to his Bishop who was also his counselor and doctor. The Bishop never reported the conduct to authorities and instead tried to handle the issue with the family. The perpetrator confessed to being a sex addict. He was eventually stopped by the Department of Homeland Security who tracked a file he uploaded of his daughter to his residence. He was arrested but killed himself before he could stand trial.

The Mormon Church is being blamed for being able to stop the abuse but allowing it to continue for seven years while they tried to convince the perpetrator to control himself.

The Miami personal injury attorneys at the office of Alan Goldfarb, P.A. represent the interests of those who have suffered institutional sexual abuse. This includes teachers, church leaders, coaches, and others in a position of authority over a child. Call today to schedule a free consultation and we can begin discussing your lawsuit today.