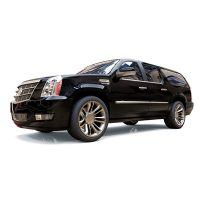 Helen Hunt was being driven around town in an SUV limo when a scary collision caused the SUV to flip on its side. She was taken to the hospital where she was treated for her injuries and later released. She has filed a lawsuit against the limo company alleging negligence.

In response, the limo company has accused Hunt of being negligent for the accident even though she was not driving the vehicle. They have also blamed the other driver. They are hoping the lawsuit will be dismissed, but that appears unlikely. In this article, we’ll discuss the allegations and defense.

Video of the crash shows Hunt’s vehicle making its way into an intersection before being struck by another vehicle hard enough to flip the SUV.

Who’s fault is it, anyway?

There’s no way to know. The only thing we can know for certain is that Helen Hunt did not contribute liability for the accident. However, the limo company is unlikely to blame Hunt for the accident per se. Instead, they are blaming her for contributing to her injuries (probably) and claiming the other vehicle is responsible for the accident, as opposed to their own driver. Both of these allegations may be true, for all we know.

When intersection accidents happen, the fault all boils down to who had the right of way. In this case, the limo driver pulled onto a street from what appears to be a parking area. The driver had no stop sign or traffic lights. The other driver completely had the right of way. The limo driver pulled out of the parking area onto the street and collided with the other vehicle. In other words, there is almost no universe in which the other driver will be blamed for the accident which is likely why Hunt has not filed a lawsuit against them.

While the limo company can claim that Hunt contributed to her injuries by getting out of the vehicle, they will not be able to claim that their driver is not at fault for this accident or that Hunt’s injuries aren’t the direct or proximate cause of their driver’s negligence. However, blaming everyone else remains a tried and true strategy for civil defense attorneys even when video surveillance footage shows their driver pulling onto a street with oncoming traffic.

The issue still remains that the other driver may have contributed liability by driving too fast or some other form of negligence and that can be disputed. However, the fact that the limo driver failed to surrender the right of way is probably not up for debate. This case will not be dismissed. Hunt will recover damages. The limo company will be held responsible for the accident.

If you’ve been injured in a livery service accident, the Miami personal injury attorneys at the office of Alan Goldfarb, P.A. can file suit on your behalf and recover damages related to your injuries. Call today to schedule a free consultation and learn more about our services.