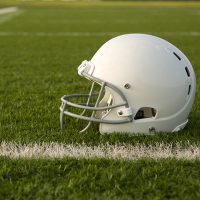 The coaches of a high school football team are being accused of negligence after a player tore his ACL thus ending his football career and any chance of getting a college scholarship. The player had injured his ACL prior and reinjured it after he was involved in a drill. The drill itself is now in question because the player believes he was not supposed to be involved in the drill, but the coach made him do it anyway.

The player had a note from his parents and doctors saying that he was not to take part in any contact drills until his ACL had completely healed. His parents had spoken to his coaches about the injury and were concerned the student would push himself before he was ready. He was quite eager to get back on the field. The coach assured the parents that he would keep an eye on their son and follow any medical recommendations by his doctors. According to the lawsuit, there were no coaches present when the reinjury occurred.

The student incurred medical expenses related to the reinjury of his ACL. He will also never play football again. His ACL injury is likely to reduce strength in his leg, and may cause pain later in life. It will always be a consideration when choosing recreational activities. For that reason, the student’s quality of life has been reduced. He has also lost potential scholarship money from colleges.

The coaches will likely raise the defense that the student was old enough to know better than to do something he was specifically told not to do. In essence, his injury is his fault for failing to follow his doctor’s orders. While the coaches were notified of the issue, it is ultimately not their responsibility to determine whether or not a player’s injury prevents them from playing. That’s what team doctors are for.

The allegations against the school are strong in the sense that there was a rule in place that prevented athletes from being left unsupervised. However, the coach didn’t force the student to partake in the drills, so that will be a consideration for the jury. In essence, it was the student’s own choices that led to his injury. The defense will claim that the student started performing drills once his coach was out of eyeshot.

If you’ve been injured due to the negligence of another party, the Miami personal injury attorneys at the office of Alan Goldfarb, P.A. can help you file a lawsuit and hold them accountable for their recklessness. Call today to schedule a free consultation and we can begin discussing your options immediately.