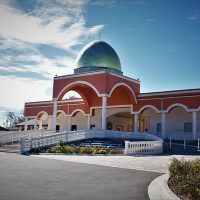 The widow of a man who was shot after attending a Mosque has filed a lawsuit against the mosque and the Islamic Society of Tampa Bay. The incident is confusing because it appears to have erupted from a personal confrontation. At one point, as the victim was attempting to leave the Mosque and drive away, the security guard stepped in front of his vehicle. This led to an altercation between the security guard and the driver which ultimately resulted in the driver being shot. The security guard is now facing charges related to the shooting, but a wrongful death and negligent security lawsuit has been filed against the mosque.

The victim, who was once a maintenance employee in Iraq, had just received full citizenship not a week before the incident occurred. There had been some animosity between the two men for several years, according to those close to the situation.

After discharging his weapon, the security guard immediately called police and told them that he had just shot someone in “self-defense”. He has since been charged with second-degree murder for the man’s death. However, Florida’s “stand your ground” law makes it very difficult to successfully prosecute someone who raises a stand your ground defense.

The plaintiff alleges negligent retention, training, and hiring of the all-volunteer security team that was posted at the mosque the day of the shooting. In this case, the mosque is accused of placing an unstable and vindictive man in a position of power over a vulnerable member with whom there was bad blood. The security guard then inexplicably attempts to stop the vehicle by getting in front of it, punches are exchanged, and eventually, the security guard draws a weapon and fires, killing the other combatant.

However, the law makes it very difficult to pursue a suspect who raises a stand your ground defense. The defendant claims that they felt as though their life was in danger and the prosecution is placed in the position of proving them wrong. It’s impossible to prove what’s in a man’s head, but prosecutors win these cases based on the aggression of the shooter. In this case, punches had been exchanged, there was no evidence that the victim was armed, and there was no reason to believe that the shooter’s life was in danger. Nonetheless, the burden falls on the prosecution to prove this beyond a reasonable doubt. The widow need only prove her case is more likely than not.

If you’ve been injured due to the negligence of another party, call the Miami personal injury attorneys at the office of Alan Goldfarb, P.A. today. We have the experience you need to take your case to trial if need be, and decades of experience winning damages for plaintiffs.