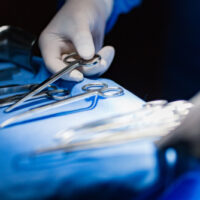 A Houston man is living in Florida with his mother after a heart transplant surgery went terribly wrong. Baylor St. Luke’s Medical Center in Houston operated one of the most renowned heart centers in the country. The family is now filing a medical malpractice lawsuit against the hospital for the failed surgery.

Immediately after the surgery, the man began experiencing complications. After one attempt to repair the heart after the other, the man left with a new heart but also extensive brain damage. He is now no longer able to walk or talk.

According to the complaint, the man’s doctors did not respond quickly enough to post-surgical complications. This led to a lack of blood flow to his brain resulting in the consequent damage.

This Man is not the Only Patient to Receive a Low Standard of Care at St. Luke’s

St. Luke’s was purchased in 2013 by Catholic Health Initiatives, a non-profit hospital chain. Since then, the standard of care has rapidly dwindled. The program, once renowned in the field of heart surgery, lost several key physicians.

After losing three patients in the first 5 months of 2018, St. Luke’s has voluntarily suspended its heart transplant program. By June 15th, however, the hospital had made key changed to its transplant program and was ready to go back in business. Due in large part to a lack of confidence in the hospital, Medicare and Medicaid announced that they would suspend reimbursements for heart transplants to St. Luke’s.

The Case against the Plaintiff

The hospital maintained that its surgical problems were relegated to 2015 when 21 patients died. The man received his surgery in 2016. Hence the hospital’s defense is: “we didn’t kill that many people that year.” That’s not exactly a winner in most courtrooms. That is especially true considering the fact that were, in fact, a number of patients who suffered complications that year.

While the man is still alive, his quality of life has been greatly reduced by a simple mistake and a lapse in the basic standard of care that the majority of doctors would offer their patients.

The man is not alone in suffering these kinds of symptoms. Many of St. Luke’s patients suffered serious strokes. Several of them died as a result. This man did not. That does not, however, constitute an endorsement of the quality of work that St. Luke’s performed in 2016.

The Case against St. Luke’s

Statistically, St. Luke’s program has generated some of the worst outcomes of any heart transplant hospital in the country and now ranks near the bottom nationally. This must be a tough blow to a center that prided itself on being among the most renowned in the world. Nonetheless, St. Luke’s loses twice as many patients as the national average.

Because of this, not only could the physician who performed the surgery be held liable for medical malpractice, but so could a hospital that failed to act on an increasing number of negative outcomes under his leadership.

Have You Been Injured by Medical Negligence?

If so, the Miami personal injury attorneys at the office of Alan Goldfarb, P.A. of Miami can help you get compensation for your injuries. Give us a call at 305-371-3111 or contact us online for a free consultation.