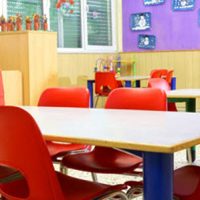 An infant care center has been sued following the death of one of its children. According to the child’s mother, the childcare facility never contacted the mother when the infant began showing signs of distress. The infant vomited once and then refused its bottle. The child then could not hold its head in an upright position. Instead of contacting the parent immediately and calling for an ambulance, the care center waited for the parent to arrive an hour later. The mother took her child to the hospital where the child died.

A police report indicated that there were “no signs of negligence” committed by the employees. However, the criminal justice system and the civil justice system of torts have two different notions about what constitutes negligence. In other words, just because investigators found no actionable criminal negligence, it does not mean that a jury would not hold the child care center accountable for the child’s death. It just means that they have no basis for a prosecution.

How did the child die?

The child died of myocarditis which is inflammation of the heart muscle generally caused by a viral or bacterial infection. While the staff of the daycare did not cause the myocarditis and were not qualified to cure the myocarditis, the plaintiffs contend that 911 should have been called when the child first began showing symptoms of distress. In other words, the decision to wait until the mother got there was where the negligence occurred.

The same daycare has been cited for multiple compliance issues over the past few years and in the wake of the death of the infant. The daycare was forced to fire an employee who was accused of abuse or neglect of a child. The daycare was also cited for failing to report injuries to regulatory agencies and for failing to report injuries that appeared as though they could be abused.

While all of this is bad, it falls short of proving that the employees were negligent for this child’s death. It would have required the caregivers to assess the child’s medical decision at the time and determine whether or not the issue required immediate attention. Further, the plaintiffs would have to prove that earlier intervention would have saved the child’s life. If the employees messed up and failed to alert 911 of a serious medical condition that no doctor could cure, then the employee’s negligence was not the proximate cause of the plaintiff’s death. Hence, even with substantial violations, the issue of the daycare’s negligence is not fully resolved.

These two issues will figure heavily in the wrongful death lawsuit filed against the daycare. The plaintiffs must prove that the child’s life was savable with proper intervention, and a reasonable person in the same situation would have notified both the parent and called for an ambulance. Short of establishing those facts, the lawsuit could be difficult to win.

If you’ve been injured due to the negligence or carelessness of another party, you can file a lawsuit to recover damages related to your injuries. Call the Miami personal injury attorneys at the office of Alan Goldfarb, P.A. today to schedule a free consultation and learn more about how we can help.