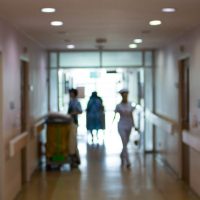 A Syracuse, NY nursing home is being sued by the family of a former patient who hanged herself when she slipped on the floor and her nightgown caught on the bathroom door handle. While this may be a freak accident, the woman who died had a care plan that specifically required her to be taken to the bathroom with the help of aides. According to the plaintiffs, the nurses never read her care plan nor were they aware that the decedent required ambulatory care.

To make matters worse for the defendants, the same woman who required ambulatory care (help getting from one place to another) had fallen twice before she accidentally hanged herself. According to the woman’s care plan, she should never have fallen at all.

One thing that remains apparent about nursing home negligence, is that it does not occur in a vacuum. In other words, facilities that routinely fail to address their patients’ concerns have a long history of failures that predate any sensational tragedy like a woman accidentally hanging herself when her treatment plan required ambulatory services. According to a report issued by NY state investigators, the facility has 3 times as many citations as similarly situated facilities. Since 2016, the facility has fielded at least 20 medical malpractice lawsuits. To put the cherry on top, the facility had a 1-star rating with Medicaid which nonetheless continued to pay for treatments there.

During the investigation, several problems were uncovered. These included 18 residents who failed to get the necessary medication because no nurse had been assigned to hand them out. A nurse was fired after pushing a resident in a wheelchair into a wall where they hurt their leg. In 2011, the facility earned a ranking as one of the country’s worst-performing nursing homes.

What can the government do?

What does happen? Well, the government will assign the facility with specific goals they have to meet “or else”. The facility does the bare minimum to meet these goals, and the funding is never pulled. More patients are abused, injured, or killed and the facility continues to earn a profit on the taxpayer’s dime. So, the government has significant leverage here, they just don’t use it effectively.

The Miami personal injury attorneys at the office of Alan Goldfarb, P.A. represent the interests of injured plaintiffs in personal injury lawsuits. Call today to schedule a free consultation and discuss your situation in more detail.