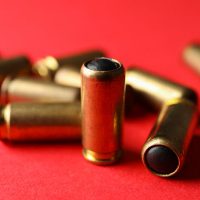 One man among the throngs of protesters who came out in support of George Floyd’s family was struck by a rubber bullet during the protests. The day went mostly okay. But as the sun began to set, one police officer fired into the crowd. The rubber bullet struck Jordan Coury in the head causing brain injury and more. The shot also ignited chaos and panic from the crowd, which appeared, perhaps, to be the main intent of the shooting.

Coury, 25, is a former Marine and an Army reservist. He was in the park with his girlfriend helping the scattering crowd find safety. As this was happening, one of the bullets struck Coury in the head. The impact was strong enough to put a small hole in his scalp. It is unclear why the police officer began firing rubber bullets into the crowd, but the plaintiff’s attorney believes that the officer began firing after a water bottle was hurled at the police line.

Lucky to be Alive

Coury’s attorney told the press that he was lucky to be alive. However, Coury sustained significant injuries from the attack and some of those injuries have impacted his cognitive ability. It is unclear if the brain damage is permanent, but often, in cases like these, it very well could be. Because of his injuries, he can no longer perform his job as an auto mechanic. He now suffers from cognitive deficits, emotional deregulation, loss of fine motor coordination, and sensitivity to sunlight.

Video of the incident shows that Coury was not acting aggressively toward the officer. However, the officer is not named in the lawsuit. Instead, Tampa is named as the lone defendant. The lawsuit accuses Tampa P.D. of negligently training and supervising their officers. During the protests, Tampa’s mayor and police chief both joined protesters in apparent solidarity with George Floyd and his family.

According to Mary Jane Castor, the protests, which were mostly peaceful during the day, turned violent at night. Police reported that protesters were throwing fireworks, glass bottles, and rocks at police officers. Officers arrested 41 people on charges of property damage, rioting, assault, and more. After Castor along with the police chief held a press conference saying that criminal activities were not the right way to protest.

After Coury was injured by the bullet, other protesters, and not police, called for an ambulance. Coury later received a letter from Castor’s office saying that she had no information concerning the incident. The case is still in litigation, and the city will not respond until the case has been settled.

If you’ve been injured due to the negligence or malice of another person, you can file a lawsuit to recover damages related to your medical expenses, lost wages, and reduced quality of life. Call the Miami personal injury attorneys at the office of Alan Goldfarb, P.A. today to learn more about how we can help.