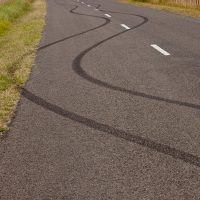 One Minnesota family lost two sons in a tragic traffic accident. The two were driving to a basketball tournament when the accident occurred. The parents blame the school for the events that unfolded, and they also allege that the state trooper who was friends with the school attempted to cover up key facts concerning the accident. In this article, we’ll take a look at the facts in the case.

The family contends that the older brother was driving his younger brother to the basketball tournament. The allegations begin with the fact that the coaches were leading a three-vehicle caravan to the tournament. The three vehicles were in the passing lane when the first vehicle overtook the semi, and the second vehicle cut the semi off forcing it to swerve into the passing lane where the boy’s vehicle was being driven.

The two brothers died of their injuries. Their two passengers were ejected from the vehicle but survived. One of the coaches in the caravan was not carrying any students.

The lawsuit goes on to allege that neither coach attempted to render aid. When they phoned in the accident, they withheld key details, and the accident report was cooked so that the school could avoid liability. The trooper who was called to the scene is also named in the lawsuit.

The police report appears to blame the victim for the accident, indicating that an overcorrection by the driver resulted in the crash. Those directly involved in the crash were not interviewed and statements given by some students were expunged while others, sympathetic to the school’s interests, were included. The crash report is contradicted by one of the student’s statements which indicates that the semi veered into the passing lane, striking the Dodge Ram filled with basketball players.

The plaintiffs allege that the coaches exploited their relationship with a local police officer to ensure that their version of events made it into the official record. However, even when a potential defendant has a relationship they can exploit at the local PD, police reports are not the final words on traffic accidents. Police will take reports from witnesses, but generally speaking, their priority is not to ensure that the report is accurate. Their priority is to ensure that the wreckage is cleared, everyone who needs medical attention is getting it, that traffic can resume as normal. Hence, police reports often contain information that while incorrect, is not an overt lie.

Personal injury attorneys employ accident reconstruction experts for just this reason. Often, the vehicles themselves leave evidence that contradicts an official police report. So even when there isn’t a conspiracy, police reports and accident reports are not necessarily the final word on how accidents happened.

If you’ve been injured due to negligent or distracted driving, call the Miami personal injury attorneys at the office of Alan Goldfarb, P.A. today to schedule a free consultation and learn more about how we can help.