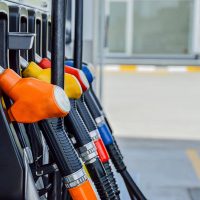 In 2020, a chef at a country club went into a gas station. Little did she know, there was a robbery in progress at the time. The woman was shot and killed during the armed robbery, and now the family has filed a lawsuit against the gas station owner alleging negligent security.

According to the plaintiff’s attorney, the clerk was supposed to be doing guardianship duties, walking around the premises to ensure they were secure. However, he wasn’t and when the robbers came in, he wasn’t paying attention. Further, the plaintiffs believe that the clerk’s view of the outside was obstructed from within the building making it difficult for the clerk to see robbers coming.

The lawsuit was filed in April, but a news conference was held in preparation of the upcoming trial.

Firstly, a clerk cannot be expected to stop two armed robbers by doing occasional sweeps of the premises. Unless there were two clerks on duty and one was supposed to be a security guard, there can be no duty of care that a clerk would be expected to have that would stop armed robberies. So the failure of the clerk to sweep the premises is not enough for negligence.

Typically, in negligent security lawsuits, a plaintiff will allege that the proprietor simply failed to ensure that the premises were secure. This generally means paying police or security guards to be on duty while the store is open. In cases where the neighborhoods are considered “high crime” areas or there have been instances of violence on the premises in the past, the owner is expected to respond to that by adding security.

The allegations made against the gas station are not particularly strong. A guy making minimum wage failed to do a sweep of the premises for robbers, and he couldn’t see outside, as if that would prevent two people with guns from accessing the gas station.

Nonetheless, in cases where a property is prone to criminal activity, the owner has foreknowledge that those invited onto the premises may not be safe. If someone is injured after a proprietor fails to respond to a violent event, then the proprietor can be held liable. Essentially, the proprietor must be shown to have no acted on information that would have made the premises safer.

An example of evidence that can be introduced includes prior incidents of violence on-premises or reports of criminal activity in the area. However, most gas stations don’t have security guards even in high-crime areas. In fact, only a handful do, and then only in response to an uptick in carjackings.

If you’ve been injured as a customer on someone else’s property, it is often possible to file a negligent security lawsuit for their failure to safeguard their premises. Call the Miami personal injury attorneys at the office of Alan Goldfarb, P.A. today to schedule a free consultation and learn more about how we can help.