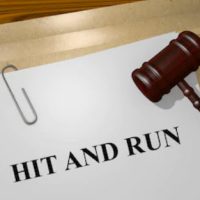 Rapper Tony Lanez is facing a personal injury lawsuit after his vehicle was implicated in a hit-and-run accident. However, Lanez was not driving the vehicle at the time. Instead, somebody that he knew was driving the vehicle, caused an accident, and then left the scene of the accident. Now, Lanez is being sued for negligent entrustment of his vehicle. Even though he wasn’t the one driving at the time of the crash, he entrusted his vehicle to someone who caused an accident and severely injured another driver.

According to the plaintiff, the unknown individual in the rapper’s vehicle rear-ended one vehicle causing a chain reaction that eventually caused injury to the plaintiff. The vehicle was later found abandoned on I-95.

The plaintiff accuses the unknown driver of causing several injuries including permanent disfigurement and a loss of earning capacity. He is suing for past and future medical expenses, lost wages, lost earning capacity, physical and emotional pain and suffering, and reduced quality of life.

He accuses the driver of the vehicle of causing the accident and then fleeing the scene. He accuses the rap star of negligently entrusting his vehicle to an unqualified driver. He is also suing for considerable property damage on his Porsche.

These lawsuits are almost always filed against either parents or trucking companies. Generally speaking, you will not see negligent entrustment lawsuits filed against rap stars. In this case, an unidentified third-party caused a major accident and now there is a plaintiff seeking recovery for that accident. It is not believed that the vehicle was stolen, so the vehicle was likely lent to the driver with the rap star’s permission. That means that the rap star is responsible for the conduct of the driver regardless of who caused the accident. Since the vehicle belongs to the rap star, he is accountable for what happens.

Lawsuits filed against parents often make the same allegations. A parent negligently entrusted their vehicle to a fledgling driver who caused an accident. Now, the parents are responsible for picking up the injured driver’s tab. The same allegation is often made of trucking companies whose drivers cause serious accidents. The plaintiff alleges that the trucking company did not perform their due diligence when hiring the driver, and the driver was poorly trained or had a bad safety record. Hence, the owner of the truck, the trucking company, takes liability for the driver.

So, before you loan your car to anyone, remember that if they cause an accident, it’s you on the hook and not anyone else, since you’re the individual who authorized the use of your vehicle by an under skilled driver.

If you’ve been injured by a negligent rap star’s friend, call the Miami personal injury attorneys at the office of Alan Goldfarb, P.A. today to schedule a free consultation and learn more about how we can help.