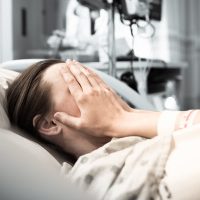 Multiple lawsuits have been filed against Paragard in relation to their IUD product. According to the plaintiffs, the device is marketed as an easy-to-remove form of birth control that does not require hormone therapy. However, the T-shaped device can break off when a doctor attempts to remove it from the uterus resulting in sharp plastic debris becoming embedded in the tissue, resulting in pain. A number of women have filed lawsuits against Paragard accusing the company of causing significant pain after their doctors attempted to remove the device from their uterus. Some of the women required additional surgeries to remove the plastic debris that became lodged in their bodies after the removal.

They have since formed a class and are suing the company for medical expenses, pain and suffering, breach of warranty, and design defect.

Product liability lawsuits are filed on one of three grounds. The first is a design defect in the product itself. This is precisely the grounds on which the Paragard lawsuits are being filed. The plaintiffs claim that the device was marketed as being easy to remove. However, a design flaw in the device itself caused it to break upon removal resulting in the device having characteristics that are the exact opposite of those advertised. Some women required multiple surgeries to remove plastic debris after the device broke off.

From the plaintiffs’ perspective, this is the only story that matters. Paragard said this device was easy to install and remove, and it took multiple surgeries to repair all the damage the device did.

We don’t know what sort of defense Paragard will make to these allegations. But often, it’s a matter of throwing the individual doctors under the bus for failing to properly remove the device. So, Paragard can point their finger at the doctors for causing the device to break while it was being removed. Even so, the device represents a threat to anyone who sought it, and even if the doctors did not follow instructions precisely, it was predictable that these injuries would occur since the device was unreasonably fragile. So, Paragard may be able to reduce their liability, but not eliminate it entirely. It’s important to understand that the doctors who removed the device will likely be supplying testimony on behalf of the plaintiffs.

It seems likely that this case will settle and claimants will be able to file claims on the settlement. Paragard may be able to establish medical negligence in a handful of cases caused by doctors not following instructions on the proper removal of the device. Those claims won’t hurt the plaintiffs as suits can be filed against the medical malpractice insurance policy of the doctors. But it will help Paragard reduce its burden to the plaintiffs which is likely to be substantial.

Alan Goldfarb, P.A. represents the interests of Miami plaintiffs in product liability lawsuits. Call our Miami personal injury lawyers today to schedule a free consultation and we can begin strategizing for your suit immediately.