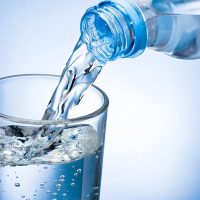 Health Officials in Las Vegas believe that they have linked multiple cases of liver problems to a bottled water brand, Real Water. The company is now facing a probe by the Food and Drug Administration and multiple lawsuits from those who fell ill after consuming the bottled water product. The plaintiffs are seeking class status from their product liability lawsuit.

Essentially, the plaintiffs are claiming that they got sick because of the water. There are at least five children who suffered livered problems allegedly after drinking the water, and at least one plaintiff required a liver transplant after his liver failed. A separate lawsuit alleges deceptive trade practices and false advertising.

The investigation was made public in mid-March. An attorney representing the plaintiffs called for the water brand to be pulled from the shelves. The bottled water was pulled from the shelves, but Real Water maintains that the move was voluntary. As of March 31, the FDA issued a statement that Real Water was not cooperating with the investigation and refusing to release company records as part of the inquiry into the illnesses.

While Real Water has been pulled from the shelves, the product is still available online and being marketed to consumers. The FDA reiterates that no one should drink, cook with, or purchase the product until the inquiry is over.

Notably absent from this article is any theory on the actual contamination. It is likely that investigators are still unsure of what caused the toxicity. One of the most likely culprits may be heavy metal toxicity from the mined Las Vegas water. The distillation process may have failed to remove the toxic metals and that resulted in heavy metal poisoning. Based on symptoms alone, arsenic poisoning is a probable culprit.

Damages, or compensation for injuries, will run the gamut in this case. Some folks experienced nausea, dizziness, vomiting, and fatigue, while one plaintiff says he required a liver transplant after drinking the water.

While it appears that most victims suffered stomach problems for some period of time, it is not known what sort of toxic effects the contaminant exposure will have long term. The plaintiffs won’t be able to make that argument until they know for certain which contaminant caused the problem. They will be waiting on the FDA and Nevada health officials to provide them with that information.

The Miami personal injury attorneys at the office of Alan Goldfarb, P.A. help injured plaintiffs recover damages from culpable defendants. Call our office today to schedule a free consultation, and we can begin building your case immediately.