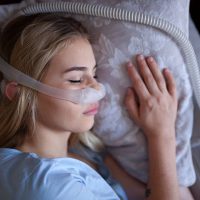 Philips recently announced the recall of CPAP, BiPAP, and ventilator machines that help those who suffer from sleep apnea. Sleep apnea is a condition in which an individual stops breathing while they are asleep. The condition can severely damage your heart and leaves sufferers feeling icky when they wake up in the morning. The recall of these machines means that users will not have the device that helps them breathe at night.

Worse still, Philips does not have enough devices or parts to replace the nearly 4 million machines that are currently in circulation. The FDA announced that the Philips devices were a class-one recall, the most serious and urgent type.

About 1,600 Philips CPAP users have banded together to form a class to sue the company for failing to act on the knowledge that the machines were defective earlier. While users are claiming that Philips hid the information from them, Philips claims that they waited to issue the recall until they had an infrastructure in place to process the recall. At this point, the recall is active and Philips cannot service the machines.

What’s wrong with the machines?

CPAP machines are loud, so they come with noise-reducing foam to absorb some of the sound. According to Philips, the foam can degrade over time and produce a possible carcinogen or cancer-causing agent.

Complicating matters, Philips warned customers about the problem as early as April of this year, but no recall was issued until June. Of the 1,600 plaintiffs, several reported airway irritation, headaches, and coughs. These are not uncommon for CPAP users. Others, however, reported serious injuries such as cancer, COPD, and pulmonary fibrosis.

Philips refused to comment on the lawsuit or the allegations but stated that their priority at the moment was to replace the foam. The company said it was increasing the production of machines and components. The FDA is closely monitoring the situation. Philips has asked all users of their machines to go on their website and register. They will be able to speak with a physician who will answer any questions they have about the recall.

The class-action lawsuit makes the nebulous claim that Philips knew of the problem prior to issuing the recall, which is, in fact, true. However, how long did Philips know about the problem and how long did it take them to act on that knowledge? What types of cancers and conditions are related to the toxic foam? These are all questions that will need to be answered. And there still may be more plaintiffs who are currently without therapy for a very serious condition.

The Miami personal injury attorneys at the office of Alan Goldfarb, P.A. file medical product lawsuits against manufacturers. Call today to schedule a free consultation and discuss your situation in more detail. We can discuss your options and file a claim against the negligent manufacturer.