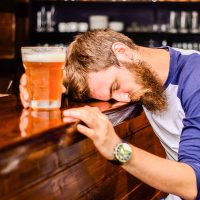 A large verdict is 7 figures, or over a million. A nuclear verdict is 8 figures, or over $10 million. Billion-dollar verdicts do happen, but only in class-actions alleging multiple wrongful deaths, punitive damages, and intentional misconduct. As an example, Takata, the company that manufactured millions of exploding airbags, lost a multi-billion dollar lawsuit filed by the victims. However, never in the history of the U.S. has any jury returned a verdict of 11 figures or over $100 billion. But Texas likes to do things bigger than the rest of us, even when that means entering judgments against its citizens for $301 billion.

Also worth noting, is that Texas has some of the most debtor-friendly bankruptcy laws anywhere in the country. Nonetheless, Texas prevents the discharge of debts accrued through wrongful death lawsuits filed against drunk drivers. In other words, the individual that ended the lives of two family members will have the debt hanging over his head until he dies so long as the family protects the debt in Chapter 7. However, this lawsuit was filed against a bar that served the driver alcohol.

In this case, the drunk driver died in the accident that took the lives of the two family members. The surviving family members filed a lawsuit against the bar saying that they overserved the driver and are thus liable for the accident he caused. Such lawsuits are quite difficult to win, especially in Florida. In Texas, that’s another matter. The plaintiffs were able to successfully claim that the bartenders knew that the man was already drunk when they served and should have stopped serving him earlier in the night. The bar’s liquor license expired and the bar has not attempted to renew it. The owners appear to be closing the bar and unless the bar is owned by Jeff Bezos, they will not have enough money to pay the judgment.

The judgment has been entered against the bar, meaning that the bar can file for Chapter 7. The company would be entirely liquidated to repay the family along with any assets the bar might have. Since the bar is considered a separate entity from the owner, a separate judgment against the owner would be required to allow the debt to survive the liquidation of the bar. If Texas allows this, the judgment would remain intact for the remainder of the owner’s life. But the family would not be able to collect the money so long as the owner is “judgment proof” meaning they don’t have sufficient capital to repay the debt.

In other words, the victory is largely symbolic. There are times when personal injury attorneys will take cases with no payout because there is a bigger picture at play. In this case, the attorneys for the plaintiffs will use the judgment to show that Texas should require bars to carry liability insurance for overserved customers. This could spur forth the type of change the plaintiffs hope to see in Texas.

The Miami personal injury attorneys at the office of Alan Goldfarb, P.A. file lawsuits on behalf of injured plaintiffs who are seeking compensation for lost wages, medical expenses, and reduced quality of life. Call today to schedule a free consultation and learn more about how we can help.