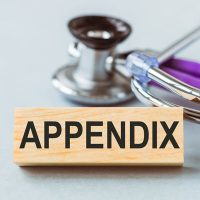 Trevor Noah is suing a renowned New York hospital that claims it provides orthopedics for several major sports clubs. The hospital has characterized the allegations as “meritless” meaning they likely have a defensible position to the allegations.

Noah went to the hospital to have his appendix removed but claims he suffered severe postoperative injury as a result of the procedure. However, specific allegations against the doctor and hospital are difficult to discern from the filing. Apparently, Noah is accusing the hospital of simply being negligent in his care. The suit accused the hospital of failing to use approved methods, using specific medications, discontinuing other medications, and performing the proper tests to diagnose Noah. The lawsuit alleges that Noah’s injuries are “permanent, severe, and grievous.” The lawsuit also indicates that the allegedly botched surgical procedure prevented Noah from doing his job and is likely to do so in the future.

Finally, the hospital is accused of taking an overly aggressive approach to Noah’s treatment and failing to advise the plaintiff of alternatives that “any reasonable person” would have favored over the risks of the procedure recommended to him by doctors.

In this case, the backbone of Noah’s argument will be:

On the other hand, renowned hospitals are difficult to sue. The hospital will rest on its reputation to defeat Noah’s claims. However, the most likely explanation for what happened was that the doctor felt like the complex risky surgery wasn’t a major risk because he was the one performing it. That led to a situation where the doctor did not offer less-risky surgeries to the patient. Either way, Noah’s case is not “meritless”.

The Miami personal injury attorneys at the office of Alan Goldfarb, P.A. file medical malpractice lawsuits against negligent hospitals, doctors, and nursing homes. If you or your loved one have been injured by medical negligence, we can help you recover damages related to your lost wages, medical expenses, and reduced quality of life.